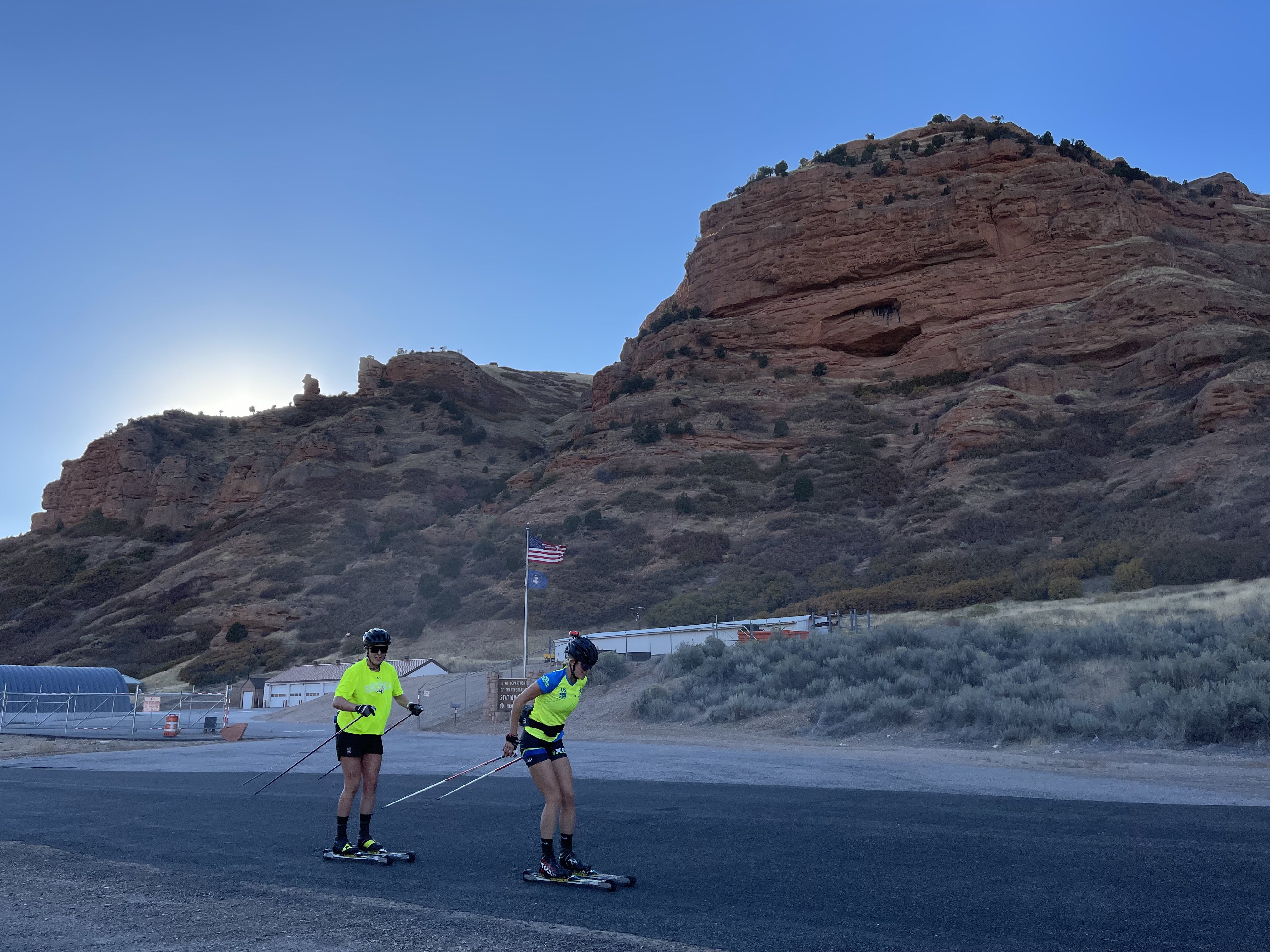 Skier Aggie Macy’s fall vacation in 24 — and the following eight days — was filled with just about everything except relaxation. She was one of thirteen cross-country skiers from around the country who were selected for the National Elite Group (NEG) run by the United States Ski Team and spent more than a week training in Salt Lake. City, Utah.

It was Macy’s second time qualifying and participating in training camp, which consisted of ski intervals, technical sessions and races at Soldier Hollow Nordic Center, the course built for the 2002 Winter Olympics. Based on her performance last season with the Bowdoin Nordic Ski Team, Macy qualified to attend the New England regional camp over the summer. His regional time trials earned him an invitation to the official camp this fall.

“Last year when I was invited, I got an email and freaked out because it was so crazy,” she said. “This year I had more of an idea that I would probably make it based on my results from summer training camp, but…it was still so much fun to go out there and do that. .”

The 13 NEG skiers were joined by former and current US Olympic skiers and pro skiers from clubs across the country. Macy’s former teammate and former Bowdoin student Renae Anderson ’21, who skis professionally in Minneapolis, was also in attendance.

“The goal for the week was to see what it was like to ski professionally. So you only train a few times a day, eat and try to recover to start again,” Macy said.

Since there was no snow on the ground, skiers practiced roller skiing, the off-snow equivalent of cross-country skiing. Roller skis are rolling wooden boards that allow a skier to practice a skating motion on solid ground. Although it looks a lot like traditional skiing, it can be easier to pick up speed on roller skis. Macy said she went 30 mph downhill on roller skis.

Her favorite hike during boot camp was from Salt Lake City to Park City, a path that climbed over 4,300 feet in elevation and featured some of the best fall foliage she had ever seen.

On Saturday, Macy took part in a ten-kilometer skate race. The skiers were randomly seeded and started the race 15 seconds apart. Macy called back Olympic gold medalist Jessie Diggins starting about a minute behind her.

“She’s arguably one of the best skiers in the world… I was just like, ‘Okay, how long can I last before she passes me?’ Macy said. “She passed me on the second lap, but I was just able to ski behind her the whole time, which was really fun.”

The elevation change was a big adjustment for Macy, so his focus for most races was to have fun and focus on his technique. She was surprised when she placed eighth among the competing members of the US Ski Team.

“It was a pretty elite group of people, which is really fun. It was a lot of people that I looked up to for a long time,” Macy said.

Macy said training with pro skiers was a welcome opportunity to consider her own future in the sport.

“I went there this year and I was like, ‘Oh, [professional skiing] is really fun,” Macy said. “I’m just going to keep skiing as long as it’s fun. The second it’s not fun, I’ll take a step back. For me, training is a way to go out, have fun, travel and connect with people. I don’t see skiing as an exercise. It’s more of a way of life for me. »

Now back in Brunswick and looking to the future, Macy is thrilled with the official start of the Bowdoin Nordic Ski Team season this winter and all the team traditions that come with it.

“During the Thanksgiving holiday, we have camp together, so we get together as a group and all cook Thanksgiving dinner together,” Macy said. “It’s a good time. The team is an awkward team. It’s a small family. »

Macy’s will also compete in the NEG Senior National Championship, to be held in Michigan in January 2023.

How to Avoid the “White Savior Industrial Complex”