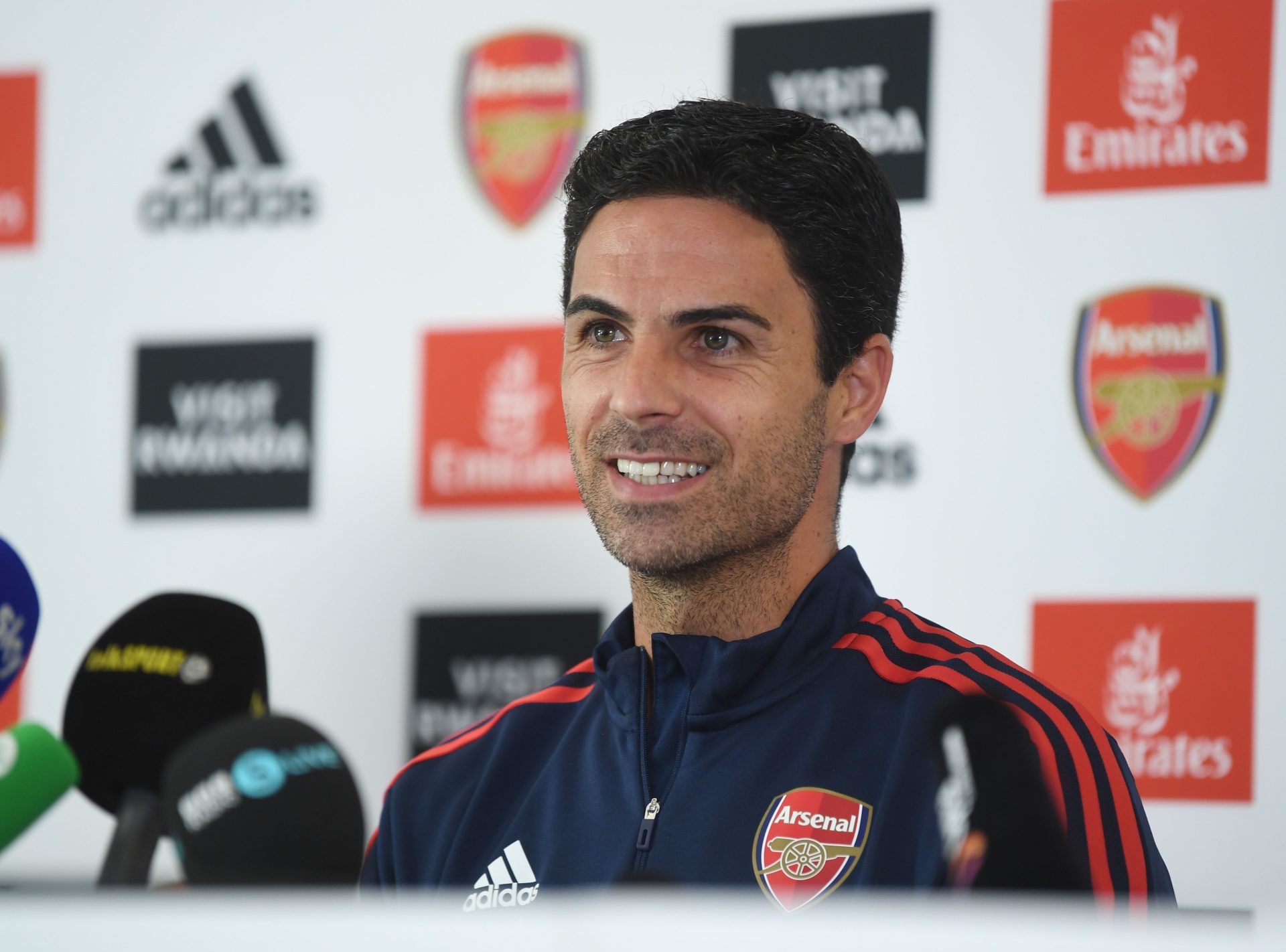 Fabio Vieira is uninjured and will be available for Arsenal against Bodo/Glimt in the Europa League tonight despite a training hit.

The Gunners return to the Europa League tonight as they welcome Bodo/Glimt to the Emirates Stadium.

The death of Queen Elizabeth II led to the cancellation of the clash with PSV Eindhoven. Arsenal’s Europa League campaign has therefore been on the back burner for almost a month.

Mikel Arteta’s men must now focus on the task at hand and Norway’s Bodo/Glimt outfit will be a potential banana peel.

Fabio Vieira is not injured

This game offers Arsenal a chance to rotate their squad and possibly bring in players who are usually on the bench.

The Portuguese playmaker joined Porto in the summer but was ruled out with injury in pre-season.

Signed as cover and competition for Martin Odegaard, Vieira had the chance to shine against Brentford last month when Odegaard was ruled out.

Vieira stepped up with a superb goal, helping Arsenal to a 3-0 win.

Odegaard’s return meant that Vieira was right back in the side and he was only on the bench against Tottenham.

Many expect Vieira to start tonight but there have been concerns over an injury possibly picked up in training on Wednesday.

Football Daily published a video of Arsenal’s training session and at around 45 seconds there is a scramble for the ball which Vieira avoids limping off.

This raised fears that Vieira had received a knock that could potentially rule him out against Bodo/Glimt.

Goal’s Arsenal correspondent Charles Watts claims that’s not the case though and that Vieira has returned to training after limping and is good for tonight’s game.

“I know there are stories making the rounds today that he was limping out of practice,” Watts said. “As always, before cameras and other objects from Europa League matches are allowed on the training ground of various media, they are allowed to watch 15 minutes and film 15 minutes of the training session, and during those 15 minutes, I think he took a bit of a kick in one of the drills they were doing and he kind of limped a little bit.

“I’ve seen stories of him limping out of Arsenal training and that’s not the case, he’s started again. So nothing to worry about as far as Vieira is concerned, so he’s going to be exciting to watch. “, he added.

Hailed as a ‘special’ by former Arsenal striker Kevin Campbell, Vieira is backed for a huge future and we expect him to start against Bodo/Glimt tonight in another chance to show his quality.