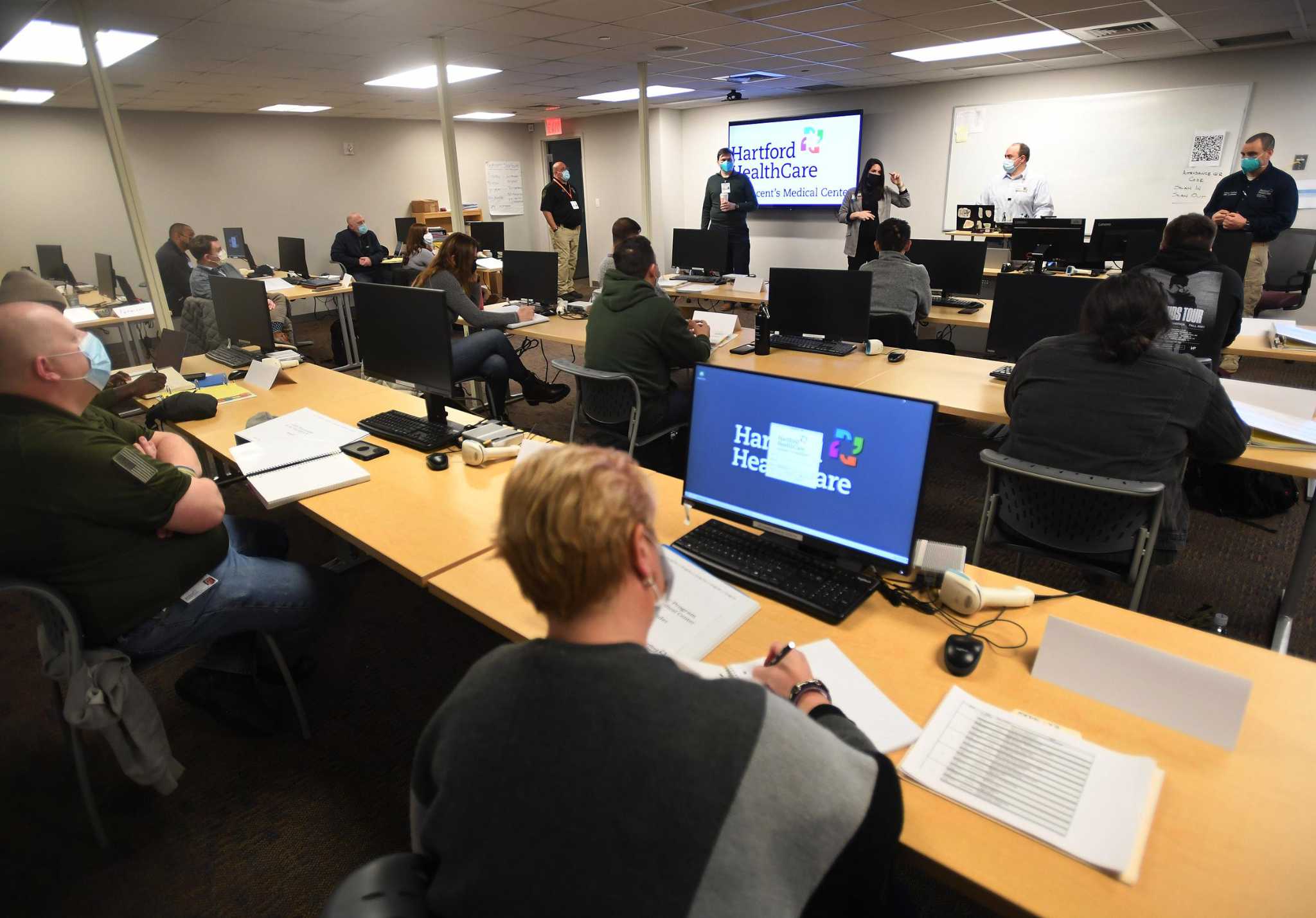 Andrew Tisdale has wanted to help people for much of his life.

At first the 28-year-old Bridgeport resident thought he wanted to be a police officer and joined the Fairfield Police Explorers as a teenager. But, at some point, the world of emergency medical services took hold of him.

“It just piqued my interest, more than the police did,” said Tisdale, who has been an emergency medical technician for seven years.

He loved being on the road and helping people in trouble, Tisdale said. But he felt he could do more.

“There are times on the road where we are on call and want to be able to do whatever we can,” said Tisdale, who is both a volunteer EMT for the town of Easton and day laborer for the valley emergency based in Seymour. Medical services. “But, as paramedics, our skills are limited as to what we can do.”

He aspired to become a paramedic, which would allow him to perform more complex procedures than he could as a paramedic, such as using a defibrillator or inserting an IV line. But becoming a paramedic required additional training, and Tisdale didn’t know of any programs near Bridgeport that offered paramedic training.

This is no longer the case.

This month, St. Vincent’s Medical Center in Bridgeport and Bridgeport Hospital began offering paramedic training programs. St. Vincent’s is based on a program that has been offered elsewhere at Hartford HealthCare for about 20 years, said Terence Sheehan, St. Vincent’s EMS coordinator.

Sheehan said part of the reason St. Vincent’s started offering the program is because there are few paramedic training programs in the area.

“There are paramedics who wanted to take the next step to becoming a paramedic, and having something closer to home makes it easier,” he said.

That was certainly the case for Tisdale, who enrolled in St. Vincent’s paramedic training program, which began Jan. 19. Region.

Until the Bridgeport programs opened, Tisdale said, the only paramedic training program he knew of was in Hartford.

“I’ve been waiting for (a program) for several years,” he said. “I’m so glad they finally brought one to Bridgeport.”

In fact, two programs have arrived in Bridgeport. On January 11, Bridgeport Hospital launched its Paramedic Training Program, which is a collaboration between the hospital, Echo Hose Ambulance Training Center in Shelton, and Yale New Haven Hospital Center for EMS in New Haven.

Bridgeport Hospital ran a paramedic training program for more than 20 years, but it had to close in 2017 because the space they used was no longer available to them, said Wesley Young, director of medical services bridgeport hospital emergency department.

The new program, which lasts 20 months and costs $10,000, is running out of Echo Hose, and Young said it’s a great time to launch a course like this.

“There is a national shortage of EMS providers across the country,” he said. “We need to continue to provide them with more training. We have restarted the program to help fill this gap in needed paramedics.

In an open letter sent to the US Congress late last year, representatives of the American Ambulance Association and the National Association of Emergency Medical Technicians stated that “the overall turnover of paramedics and EMTs varies from 20 to 30% per year. With such high percentages, ambulance services face 100 (percent) turnover over a four-year period.

Young echoed this. “The urgent need right now is to have more paramedics on the road,” he said. “More and more people are calling 9-1-1 every year. And the COVID-19 pandemic has definitely increased provider workloads.

Even though he’s just started, Tisdale said he’s already happy with St. Vincent’s run. “So far it’s been phenomenal,” he said. “I know several of the instructors from having worked in the area.”

Another student in the class, Elisa Pfeiffer, 35, of East Haven, is also excited about the St. Vincent program. “I’ve always loved being an EMT, and this felt like the next step,” said Pfeiffer, who works with American Medical Response in New Haven. “I’m excited.”