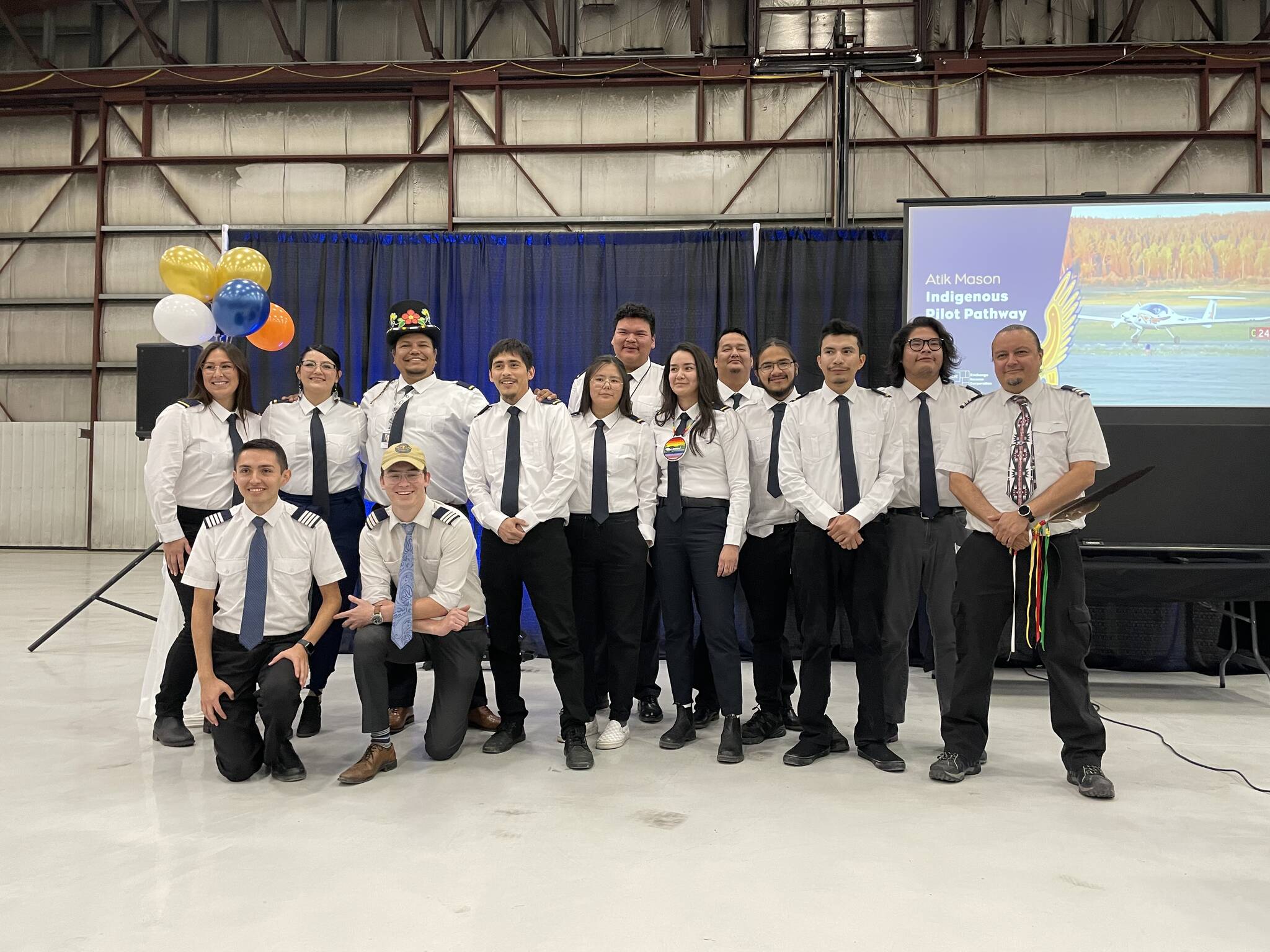 About 150 people were in attendance at the Calm Air hangar at Thompson Airport on Monday to celebrate the 11 graduates of the first class of the Atik Mason Indigenous Pilot Pathway, funded entirely by Exchange Income Corp.

The others are expected to take the exam in the coming weeks.

“I have my pilot’s license?” Holy fumes. It’s pretty exciting,” said Nathan Beardy, one of the graduates. “We couldn’t have done it without the support of the whole team here. The level of support they gave to our team, my classmates, was amazing. They were all dedicated to our success.

The program was an initiative of Winnipeg-based EIC – which owns a number of regional airlines, including Perimeter Aviation, Calm Air and Keewatin Air – as part of its response to calls for action from the Truth Commission. and reconciliation of Canada.

All expenses were paid for each of the students, including accommodation, meals and training by officials from the Moncton Flight College in New Brunswick, another company owned by EIC.

“Everyone is extremely satisfied, and yes, absolutely, the intention is to make another intake next year,” said Robin Jacuzzi, director of aviation programs at EIC.

Current graduates will all have the chance to continue to obtain their commercial pilot license either in Moncton this fall or next May in Thompson. Again, all expenses will be paid.

The graduates were honored by a host of dignitaries including Chiefs and Councilors from three communities, Grand Chief Garrison Settee of MKO and Colleen Smook, Mayor of Thompson.

Settee is proud of the accomplishments of program members.

“Our people are resilient and talented,” he said in a prepared statement. “It shows that, given the opportunity, they can achieve great things and will inspire the next generation of members of their community to do the same. This program shows reconciliation in action, equipping participants with the skills and confidence that will follow them wherever their path in life takes them.

The program was designed as a way for EIC to show its commitment to the First Nations communities served by its airlines and hopefully begin to feature Indigenous pilots at the controls of aircraft who are, for some communities, their only source of transportation in and out of the community.

The program is named after Timothy Atik (Tik) Mason, a Perimeter pilot from St. Theresa Point, who was the first recipient of a special scholarship for Aboriginal pilot trainees.

In addition to continuing next year, the company is considering expanding the program to Nunavut.

“This time next year they will be full-fledged commercial pilots. It has been a great success,” said EIC Managing Director Mike Pyle.

Once they have obtained their commercial license, all participants will be offered jobs with EIC airlines.

“For me, what’s exciting is that it can lead to a pattern,” Pyle said. “If we do a good job, it could snowball.”

The graduation falls the same week as EIC welcomes approximately 1,000 youth from Indigenous communities across the province to attend the Winnipeg Blue Bomber-Saskatchewan Roughriders CFL game on Friday at IG Field.

Members of both teams will wear orange jerseys during the warm-up.

Martin Cash has written a column and business news for the Free Press since 1989. During those years he wrote through a number of economic cycles and the rise and fall (and rise) of the fortunes of many local businesses .