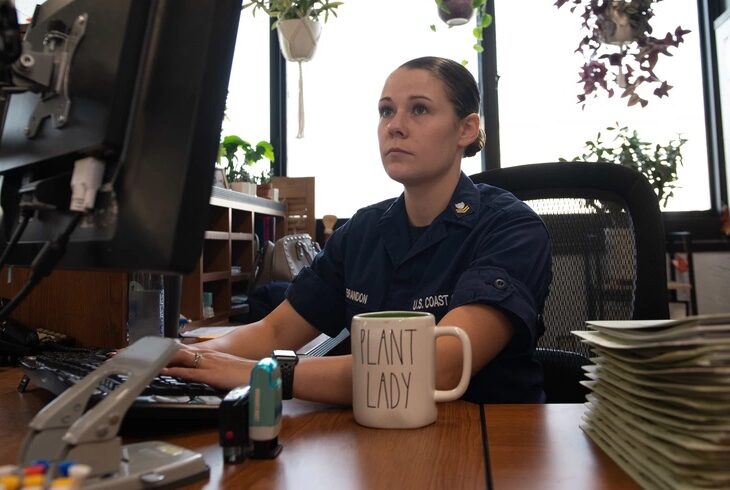 The U.S. Coast Guard’s transition to the Financial Systems Modernization Solution has accelerated the processing of backlogs and made progress in system response time, Deputy Commander Resources and Chief Financial Officer Craig Bennett said today, although that the USCG has “not yet achieved stability with FSMS technologies, standardized business processes and tools to further increase user proficiency.

The FSMS transition kicked off in January, marking “truly the beginning of a new era for the United States Coast Guard’s financial management and procurement services,” the deputy resource commander said at the time. and Chief Financial Officer, Rear Admiral Mark Fedor.

The Department of Homeland Security’s Office of Weapons of Mass Destruction (CWMD) transitioned to the Oracle-based FSMS in October 2019 and the Transportation Security Administration (TSA) transitioned in October 2020. Fedor has noted in late October that the Coast Guard’s transition, intended to increase the effectiveness and efficiency of managing a $12 billion budget, is “the most complex simply because of our wide array of missions that are associated with it”.

The FSMS was designed to interface with many Coast Guard systems including ALMIS, NESSS, FLS, MISLE, DPOMS, MOSIS, Direct Access, AUXDATA and ETS2, and connect with external National Finance Center applications, from the Defense Logistics Agency, the GSA and the Treasury. Department.

Coast Guard employees were told in May 2021 that the move to FSMS — “the largest financial system transition in Coast Guard history” that “will affect everyone in the Coast Guard” — would have continuity integrated for priority processing of military, civilian and retirement allowance. Web-based FSMS training courses were announced at the time, with testing of the system taking place from July to early September. The old Core Accounting System Suite was closed the day before the start of the fiscal year on October 1, moving to the temporary failover financial system.

The USCG has set up an FSMS support team to help employees navigate the transition, with the majority of user queries answered by posting questions online and others rushing to help with tickets.

In a memo to the workforce late last year, Fedor said that with FINCEN’s backlog of supplier invoices and employee vouchers, “priority will be given to services public, small business, member payments and payment of large dollar contracts” while “other invoices will generally be processed on a first-in, first-out basis.”

On March 14, the Commander of the Coast Guard established the FSMS Transition Incident Command (IC) “to lead and integrate efforts to develop and implement solutions to the challenges associated with the transition of the FSMS.”

Transition IC described the goals of the new system: “Pay our employees – eliminate the backlog of member payments (eg PPM, TDY, PCS, etc.) and streamline the process for future payments; pay our bills – clear the backlog of overdue bills; improve the performance of the FSMS; facilitate execution of FY22 funding; and integrate and improve communications with the workforce as well as with our external stakeholders and partners.

In a membership update today, Deputy Commander of Resources and Chief Financial Officer Craig Bennett, who took over in June, said that as of the end of September, more than 8,000 pending member payments , including PCS, PPM, TLA, TDY and Ancillary claims had been paid. “Alternate business processes and/or procedures have been implemented to enable our staff to support paying member claims,” he said.

The backlog of invoices older than 30 days has been reduced from more than 27,500 to less than 1,200 invoices, Bennett said. “Key processes such as the High Risk Vendor Payment Team and FSMS Commander Overdue Invoice Report will continue until the backlog is fully resolved and critical invoice processing procedures (e.g. correspondence and reception) are improved,” he said.

“System response time has improved since the start of the exercise,” Bennett noted. “The percentage of user actions that respond within five seconds averaged around 84% in September 2022 compared to [to] approximately 74% in June 2022, approaching the system requirement that 95% of user actions respond within five seconds. We have improved operational processes and reduced transaction volume to improve system performance, streamline processes and ease the load on field units. »

“While we have made significant progress with system performance, process improvements, data reconciliation, and backlog processing compared to January 2022, we have not yet achieved stability with FSMS technologies, standardized business processes and the tools to further increase user proficiency,” continued Bennett. , adding that FSMS Transition Incident Command will remain operational until at least March 31, 2023, with Captain Erich Klein as Incident Commander.

Bennett outlined goals that will guide efforts over the next six months:

Later in FY23, the plan is to transfer incident command and surge resources to “organic organizational components” of the US Coast Guard.

UFC Performance Institute will use Accufit technology from Lutronic