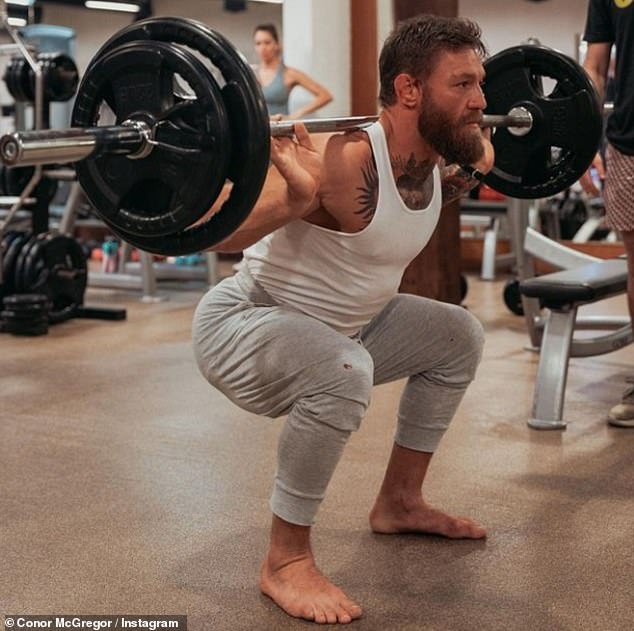 Conor McGregor reveals plans to return to UFC in ‘first quarter of 2023’, though Dana White admits he’s not yet in USADA’s drug testing pool… with ” Notorious” wrapping up filming ahead of his return to training

By Will Griffee for Mailonline

Conor McGregor plans to make his return to the UFC in the “first quarter of 2023”, despite Dana White’s recent admission that he is not currently in the USADA testing pool.

McGregor has not been tested for over a year and must be available for testing for a period of six months before he can compete again.

His schedule would only match the UFC president’s schedule if he returned in April, which on paper is as soon as possible if he rejoined the test group imminently.

On an Instagram Live, the Irishman said: “I’ll be back soon hopefully. Early 2023 I’m aiming for. In that first term.

He is currently wrapping up filming a remake of the classic film Road House starring Jake Gyllenhaal in the Dominican Republic.

When he fulfills these obligations, he says he will go straight back to training.

He continued: “It will give me a good few months [to prepare].

“Once I finish this in a few days, start camp [for] a few good months. And go ahead.

At UFC 280, White was asked about McGregor’s status and he confirmed that the former two-weight champion will have to be in the testing group for six months.

There is a slight possibility of a waiver, which the UFC allows “under exceptional circumstances” and McGregor would need to pass two drug tests to compete.

McGregor has grown tremendously since losing twice to Dustin Poirier in 2021. He broke his leg in their second fight and had it surgically repaired, resulting in this lengthy layoff.

It remains to be seen if the Dubliner’s days at lightweight are over now and it will be fascinating to see which division and which opponent will be chosen for the 34-year-old.

But there’s no doubt he’s eager to prove himself again, having won just one fight since 2016.