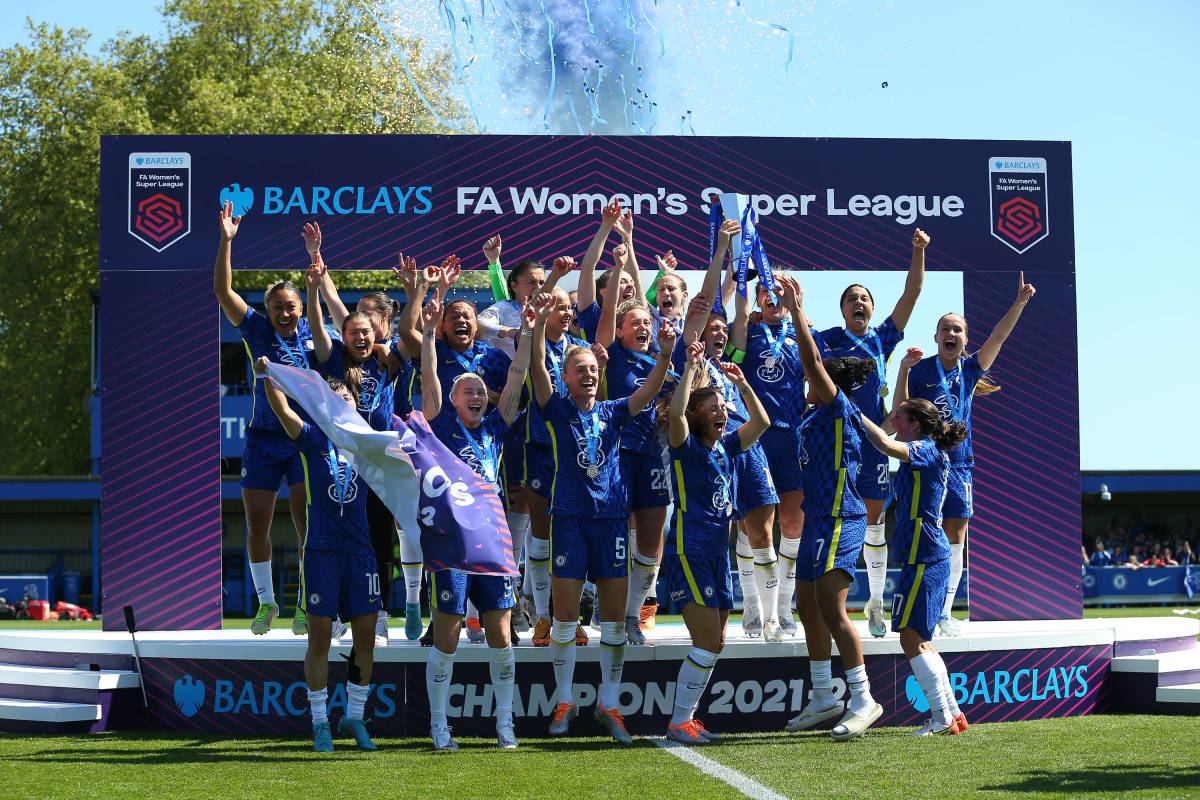 It was an unforgettable afternoon on Sunday as Chelsea won the Women’s Super League title, while the U23s clinch survival in Premier League 2.

Emma Hayes’ team kicked off Kingsmeadow. A win would have sealed a third straight league title without needing to rely on Arsenal’s fall to West Ham.

Having been trailed twice at Manchester United, and with pressure from Arsenal winning 2-0, Chelsea needed to come out on top. And they did just that.

A solid half-time team talk was needed from Hayes and his players responded. Erin Cuthbert equalized in the first half to see the Blues trailing 2-1 at the break.

But Sam Kerr’s superb brace and Guro Reiten’s goal secured a 4-2 win for Chelsea in the six-goal thriller to give Hayes and co their fifth league title in six years.

Eyes were also on Cobham. Chelsea U23s had to beat Spurs to avoid relegation from the Premier League 2 Division 1. A draw or a defeat and that would have sealed their fate.

It was a slow opener to the game, which saw Thomas Tuchel give Andy Myers Trevoh Chalobah and Malang Sarr from the first team.

Kion Etete put Spurs ahead after 58 minutes, converting art at the far post to put Chelsea in trouble.

Dion Rankine found the leveler with eight minutes left, turning a Lewis Hall cross to give Chelsea a glimmer of hope to survive the drop.

Two minutes from the end, Chelsea found the important goal to take the lead. Joe Haigh brought home a parade and they held on to ensure they survived the final day, with Leeds United falling.

It could have been the perfect weekend for Chelsea had Tuchel’s side held off against Wolves. But despite that, it was a Sunday to remember with Chelsea crowned champions and retaining their top-flight status.