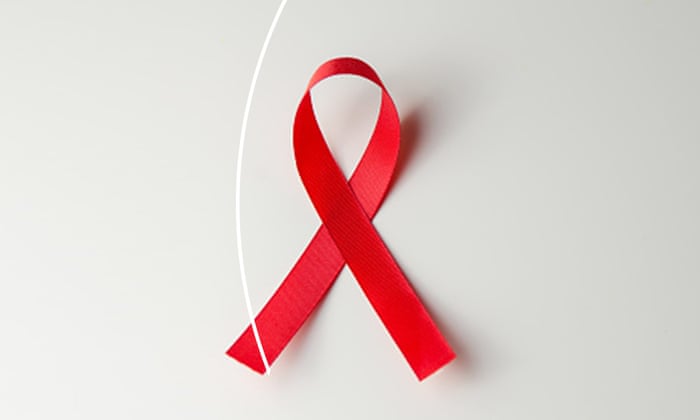 “Every Life Saved Counts”: From Romania to Kazakhstan, Actors of Change Take a Stand on the HIV Epidemic | Radian changemakers

Over the past decade, rates of new HIV infections have nearly doubled in Eastern Europe and Central Asia (EECA), while decreasing overall. More … than 1.6 million people are living with HIV in Eastern Europe and Central Asia and every day more than 380 people are newly diagnosed. The numbers go against the trend elsewhere in the world and have prompted the Joint United Nations Program on HIV / AIDS (UNAIDS) – the organization leading efforts to end AIDS by 2030 – to warn this summer that the epidemic in the EECA region is out of control.

But community leaders from local EECA organizations are confident that their work will help end the regional epidemic and take one step closer to achieving UNAIDS ‘goal of ending HIV by as a threat to public health over the next nine years.

Leaders of the EECA HIV community share their personal stories to raise awareness about HIV and the key challenges fueling the epidemic in the region, in particular the stigma and discrimination associated with HIV and AIDS.

They are all part of the Actors of change campaign launched by Radian – a partnership between the Elton John AIDS Foundation and Gilead Sciences, which highlights the work of these inspiring people.

Lyubov, a 36-year-old mother and community activist from Kazakhstan, has lived with HIV for 17 years and understands the power to speak out about her HIV status.

She works and lives in Almaty, the first model city of Radian, a program that helps fund the development of strategic city-wide HIV services.

Lyubov, who works for an organization that advocates for the rights of people living with HIV locally, says: “I am one of the few who feel able to speak openly about my HIV status. I think it can be extremely impactful when we are leading [HIV awareness] training with doctors, police and community – it is very important for them to see a personal example.

With Radian’s help, his organization expanded its HIV awareness program, which includes medical education programs for clinicians, on the medical and social aspects of living with HIV and how they affect patients. risk groups – men who have sex with men (MSM), sex workers, transgender people and people who use drugs.

Biggest challenge in Almaty – where HIV prevalence among the MSM community has increased by 442% since 2013 – is to reduce the stigma associated with HIV, which is a barrier to at-risk groups’ access to testing and other services, according to Svyatoslav, a Radian Changemaker and the head of Community Friends, which provides services of direct care for people living with HIV in Kazakhstan.

With support from Radian, his organization is using social media to reach out to the most vulnerable communities as part of its larger HIV prevention, testing and care program. “When I see the light in people’s eyes and hear expressions of appreciation, that light energy gives us the strength to do what we do,” he says.

Elena, whose organization also supports people living with HIV in the city, says investments by Radian and others are starting to reverse the epidemic. “The growth of new infections is decreasing,” says Elena, whose HIV diagnosis 25 years ago was instrumental in her decision to help others in a similar position.

Diagnosing people living with HIV and involving them in treatment and care is the “biggest gap in [EECA] treatment efforts in the region, ”according to UNAIDS To analyse of the region in its global AIDS update report released in July.

Vera, based in Yekaterinburg, Russia, hopes her organization will help fill this gap. Initially small-scale, offering peer support to people living with HIV, his organization now provides direct services and organizes awareness events alongside exhibitions on HIV prevention. And with Radian’s support, he’s partnered with the local AIDS center to reach untreated people living with HIV and help them return to care.

Vera is optimistic that her organization will play its part in helping the Sverdlovsk region and Russia as a whole achieve the UNAIDS target. “It has become a lifelong project,” she says. “I feel compelled to do what I’m doing because every life saved counts.”

Alexey also hopes that changes will come for people living with HIV in Russia who use drugs or who have recently been released from prison. His organization in Chelyabinsk aims to help many people in key populations access treatment for the first time or stay in treatment after release from prison. “It’s not an easy task, but we are ambitious,” he says.

Radian’s support has helped expand HIV prevention and care services in the region. Alexey’s organization also recently introduced free on-site HIV testing and counseling for people going to hospital emergency or accident departments. “Our work has a direct impact,” says Alexey. “The Chelyabinsk region was in fifth place in Russia in terms of HIV prevalence three years ago – today it is in seventh place… and we made a small contribution to it.

One of the most marginalized groups, which is also among those most at risk of HIV, is the trans community. According to World Health Organization, trans people are 13 times more likely to be living with HIV than the cisgender adult population.

Tony, a social worker who identifies as a gender fluid, is a Radian Changemaker who uses his voice to help this marginalized group in Tbilisi and across Georgia.

Tony co-founded Temida, which is part of Transport card *, an initiative – supported by Radian – that mobilizes communities and generates strategic information to encourage governments to fund sensitive and sustainable HIV services for trans people in the EECA region. (The asterisk at the end of trans expands the term to include a range of communities and individuals with nonconforming gender identities.)

Temida has set up “leadership schools” to develop the skills and knowledge of people in the trans community and help them access their right to health services. The project also works with healthcare professionals to support foster families who are adapted and sensitive to the needs of transgender people. “It’s in areas like these that I hope to see a lot of change over the next 10 years,” Tony says.

Transforming the lives of people living with HIV is what drives these inspiring change agents – despite all obstacles.

But time is running out and selflessness alone is not enough for the EEEA and the whole world to eliminate HIV / AIDS as a threat to public health by 2030.

As the HIV epidemic approaches its 41st year, it is clear that control of the virus is within reach. And it is the work of these change agents and others around the world whose small, but important steps will bring the world closer to the goal of eliminating HIV / AIDS by 2030.

For more information and to learn more about Radian Changemakers, visit radianhiv.org