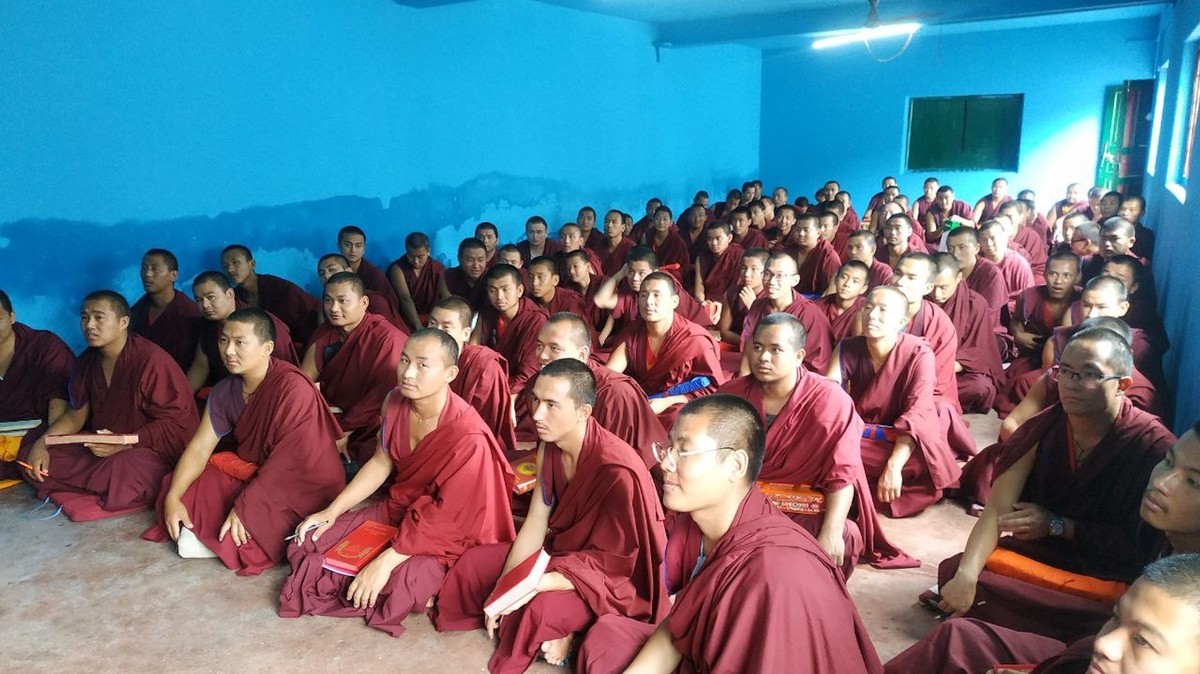 The sun enters through the monastery classroom window as monks in crimson robes fix their gaze with captivated attention on the painting. Their instructor smiles warmly at them and asks them what they know about using a condom.

Defying expectations, these monks from Bhutan’s eastern district of Trashiyangtse are among hundreds learning to teach sex education in the Himalayan Buddhist kingdom. The practice is rare among other South Asian Buddhist countries like Sri Lanka and Myanmar, where sex education programs in school curricula have been criticized by monastic groups.

Once considered an embarrassing subject, sex education has been institutionalized in Buddhist monasteries and convents across the country since 2014.

“It is very crucial for religious leaders to engage in topics about sexuality because they are very effective change agents in changing people’s behavior and attitudes. “

“You would think it would be embarrassing, but it turns out it’s the opposite. I’m amazed we take it so lightly in fact. We did not encounter any issues or problems. We’re kidding, ”Lam Ngodup Dorji, a senior monk at the Longchenpa Buddhist Center, told VICE World News.

Over 350 heads of monastic institutions and 1,500 nuns, many of whom have taken vows of abstinence, have received training and are further imparting their knowledge to communities where sex education is scarce.

“Sex was considered to be something bad, but now we have come to a point where we believe that sex should be practiced safely and that we should counsel our children on how to do it rather than how to do it. say it’s taboo and not give them adequate knowledge about it, ”Dorji said.

The program is supported by the United Nations Population Fund (UNFPA) in an initiative to raise awareness of sexual and reproductive health in the country. He has been largely successful in transforming previously inflexible attitudes about sex and sexuality.

“It is crucial for religious leaders to engage in topics about sexuality because they are very effective change agents in changing the behavior and attitudes of people related to sexuality in the community,” Jigme said. Choden, UNFPA Adolescent, Youth and Gender Consultant at VICE World News. In the predominantly Buddhist country, monks and nuns exercise considerable influence in shaping cultural and lifestyle beliefs. “They are the ones families turn to, to conduct rituals or to seek advice not only on religion, but also on daily challenges.”

The sex education program also aims to address the unmet sexual health needs of thousands of young monks and nuns themselves, many of whom have no formal education. Children as young as five years old can enroll in monasteries and convents.

The monks attribute the acceptance of sex education to Queen Gyalyum Sangay Choden Wangchuck of Bhutan, who has spearheaded reproductive health rights for two decades and has involved religious groups as well as military and government organizations in family planning activities and HIV / AIDS awareness campaigns. In the 1990s, his advocacy efforts helped the religious leader of Bhutan to declare contraception not against Buddhist principles. By 2018, contraceptive use rates in the country had more than doubled.

The situation in Bhutan contrasts with that in some other South Asian countries, where Buddhist monastic circles have strongly opposed efforts to improve sex education in public institutions.

In Sri Lanka, the approach to sexual and reproductive health education has largely been built around abstinence. Many attempts to include sex education in the national curriculum have encountered challenges from religious and cultural leaders.

At a press conference in December 2019, Buddhist monk and educator Medagoda Abhayatiss Thera called the book a previous government’s plot to “corrupt the minds of children” and called for a presidential inquiry into the production of the book. .

A parliamentary committee ultimately ordered that use of the manual be discontinued, saying it was inappropriate for 12-year-olds. Incidentally, the Buddhist monk Akuretiye Nanda Thero, chancellor of the University of Ruhuna, opposed the decision.

“I don’t think the manual has anything inappropriate for children,” Nanda Thero told VICE World News. “This education is necessary for these children. It was written by specialists in the field. You can see from what is happening in the country today that it is essential that children be educated about it, ”he said, referring to the increase in children. grated and child abuse cases in the country at the time.

“The challenges raised were hidden behind the lies of safeguarding a culture,” added Nanda Thero, stressing that unlike monks, ordinary people are not expected to abstain from sex or remain celibate. “The laws that govern monks do not apply to lay people, according to Buddhism.”

Similarly, in Myanmar, the government’s plan to introduce sex education into the high school curriculum has been sidelined after some Buddhist monks objected.

The subject was considered “shameful” and “in violation of Burmese tradition” by nationalist monks. A 31-year-old doctor was stopped in May 2020 for criticizing the monks on social networks.

“Socialism” or do it for Montana?