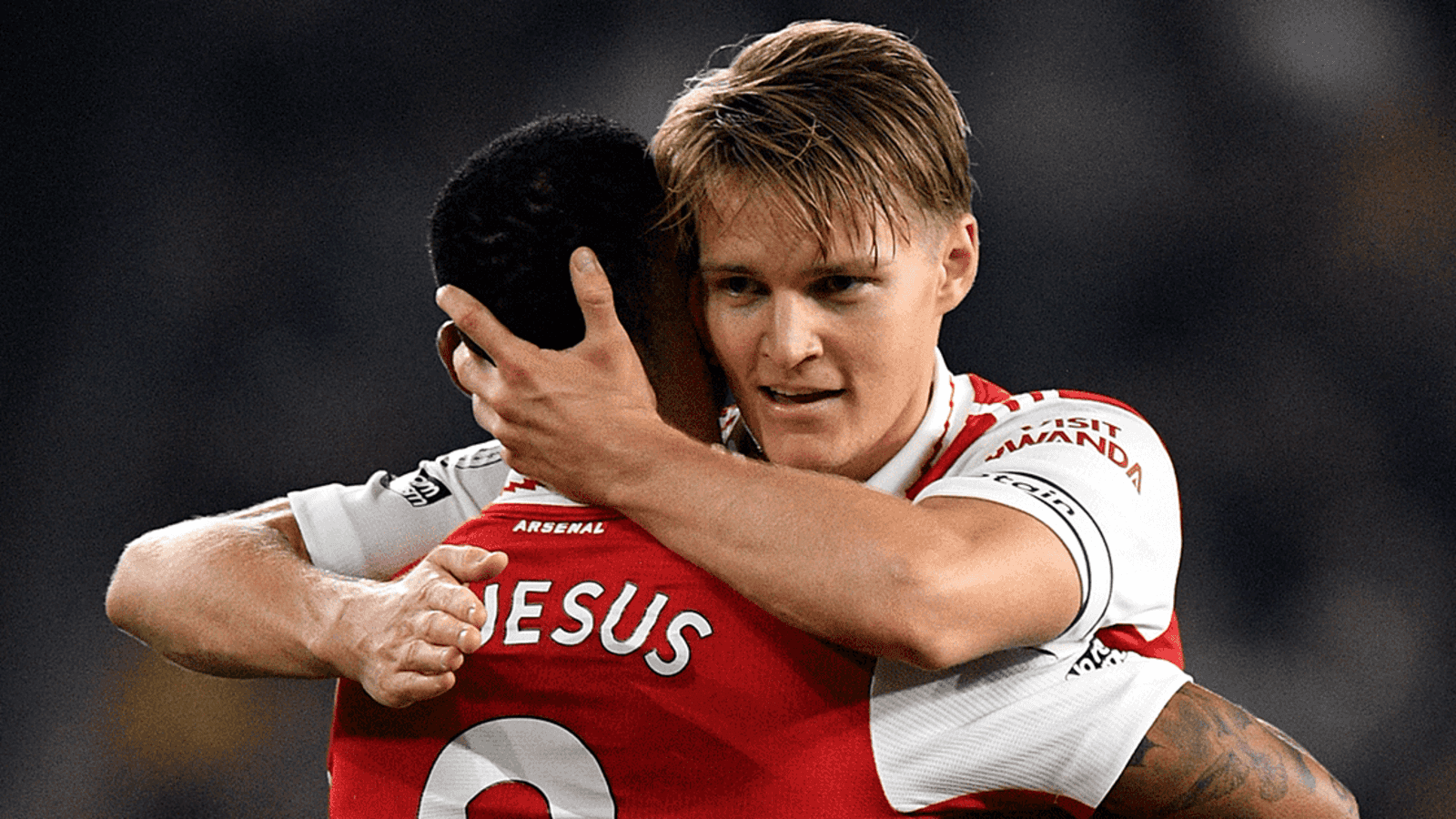 Martin Odegaard feels the work he is doing on the training ground is paying off after his brace saw us beat Wolves 2-0 at Molineux.

Our captain found himself in the perfect spot to fire twice in the second half to secure all three points, putting us five clear of Premier League leaders Manchester City.

But the Norway international believes the work he has done with our coaching staff at London Colney has made all the difference to his game, as he has taken his tally to six this campaign as the season now comes to an end for the World Cup.

Speaking after the match, he said: “I think I’m better at getting into those areas now – I’m attacking the box more. They might not be the best goals but I’m in the right places and it helps a lot. I’m always happy to help the team with goals.

“It’s a good way to approach the break. We said before the game that we wanted to finish strong and we wanted to bring that good feeling into the break and we did. We have to come back even stronger and better but for the moment it’s looking good.

Despite plenty of opportunities in the opening 45 minutes, we couldn’t find the breakthrough until Martin popped up with his first of the night at 55 minutes. He felt that with Wolves moving to a five-man defence, biding our time was always going to be key.

“We talked about it before the game, and we talked about it at half-time – it’s difficult to play against these teams with five in defense and we had to be patient,” he added. “I think we did it and in the end we scored goals.

“It was tough, I think we had to dig deep today. The first half was a bit slow, we struggled with the ball to really create chances. They defended well and we knows that they are always dangerous on the counter, so it was a difficult match.

“Then we changed a few things. We accelerated the game a bit in the second half and we know we have quality so we will always create something, but we did well to get the win.

Copyright 2022 Arsenal Football Club plc. Permission to use quotations from this article is granted subject to proper credit being given to www.arsenal.com as the source.