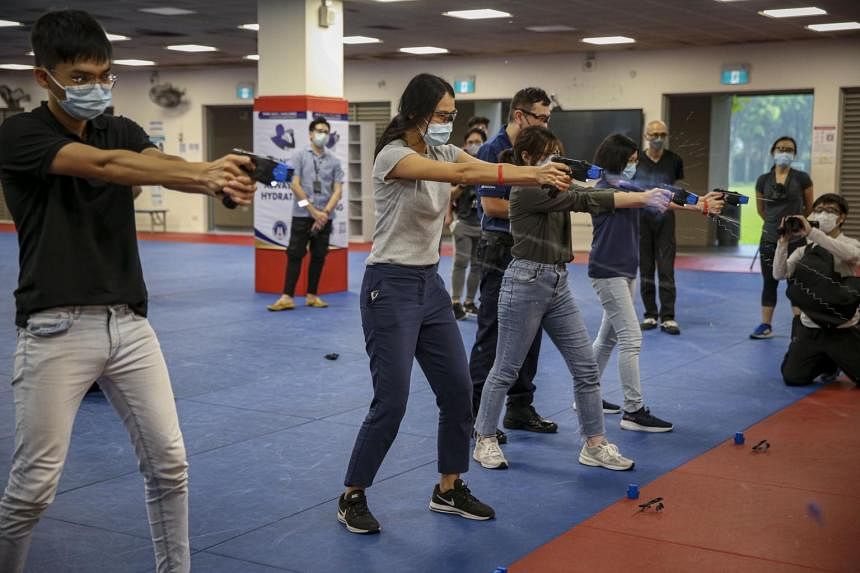 Fumble with a Taser, after a crash course in police training

SINGAPORE – He paced for a few minutes about 8 meters from me, refusing to back down.

In a split second, the “aggressor” suddenly charged in, screaming and brandishing a rubber pole.

I grabbed my Taser, but in the heat of the moment I fumbled with the holster and chose flight over fight, quickly moving away from the “armed” man.

Inexplicably it stopped, giving me time to draw the weapon before charging again, and this time I forgot to turn off the Taser’s safe mode and failed to get it under control.

Following recent incidents in which police officers had to use firearms and Tasers to subdue suspects, media were invited to Choa Chu Kang’s Home Team Academy on Thursday May 19 for a course intensive on weapons and technical agents here. are equipped to perform operations safely.

The training started in a classroom where we learned to hold, store and fire simulation rounds using the Glock19 Gen 5 simulation pistol.

We were able to test our skills from 5m on a shooting range.

While officers are trained to react quickly and shoot to the center of the body to stop moving targets, it took me several seconds to stabilize my shaking hands and managed to hit the stationary target once in the arm.

Later, we shot at a moving live target in the form of padded trainers charging towards us in an outdoor practice area.

I managed to shoot Coach in the arm and body despite being visibly pissed off.