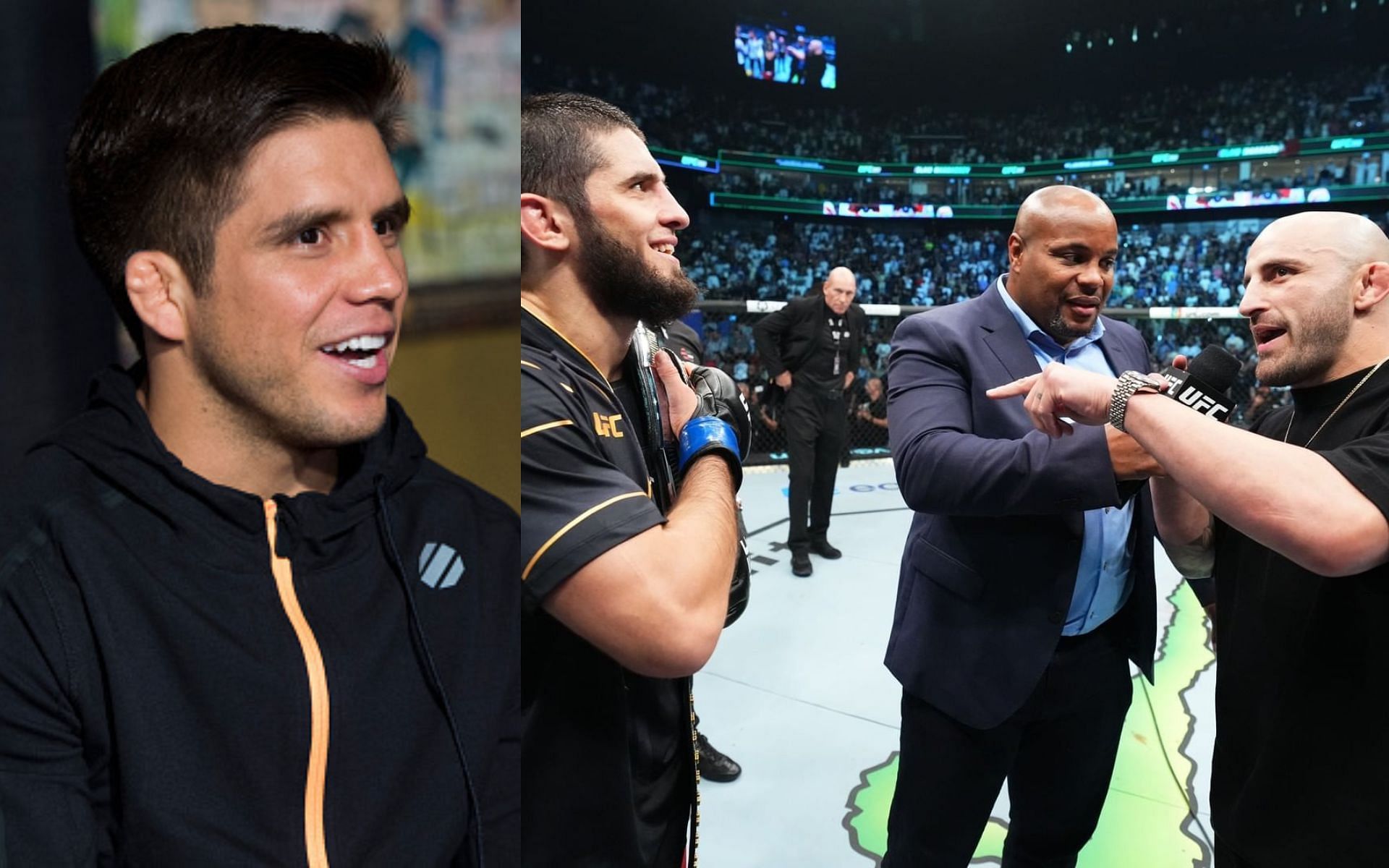 “He is going to be beaten to death”

Henry Cejudo believes that a fight between Islam Makhachev and Alexander Volkanovski would be a bad match that will not end favorably for the featherweight champion.

According to ‘Triple C’, Volkanovski should fight him instead of the new lightweight champion. Talking about an episode of The Triple C & Schmo ShowCejudo explained why he thinks he should be next to challenge the reigning featherweight king:

Islam Makhachev is known for his elite fighting, which should give him an edge over Alexander Volkanovski when the two collide. The odds reflect the same as Makhachev opened as a major betting favorite.

The Russian opened as a -400 favorite, while Volkanovski opened as a +300 underdog, according to betonline_ag.

The world’s No. 1 pound-for-pound fighter, Alexander Volkanovski, opens up as an underdog against Islam Makhachev:

Alexander Volkanovski seems determined to move up to lightweight to become the next two-time UFC champion. Islam Makhachev and Volkanovski have both expressed interest in traveling to the featherweight champion’s home country of Australia for a potential super fight at UFC 284 on February 12 next year.

However, Cejudo thinks it would be a bad idea for “The Great”. ‘Triple C’ believe Makhachev will be a tough challenge for Volkanovski and recently advised the Aussie to have a proper training camp to deal with Dagestan’s dominating struggle.

Speaking on his YouTube channel, Cejudo had this to say about the superfight rumor and Volkanovski’s chances:

“I don’t understand why they are doing Australia in February. So soon, but what are you going to need? Alexander, I know you have skills, but to face a guy like that, you are going to need a lot more four months. You’re going to need the right sparring partners and the right coaches.

Watch Henry Cejudo break down a potential Makhachev vs. Volkanovski fight below: