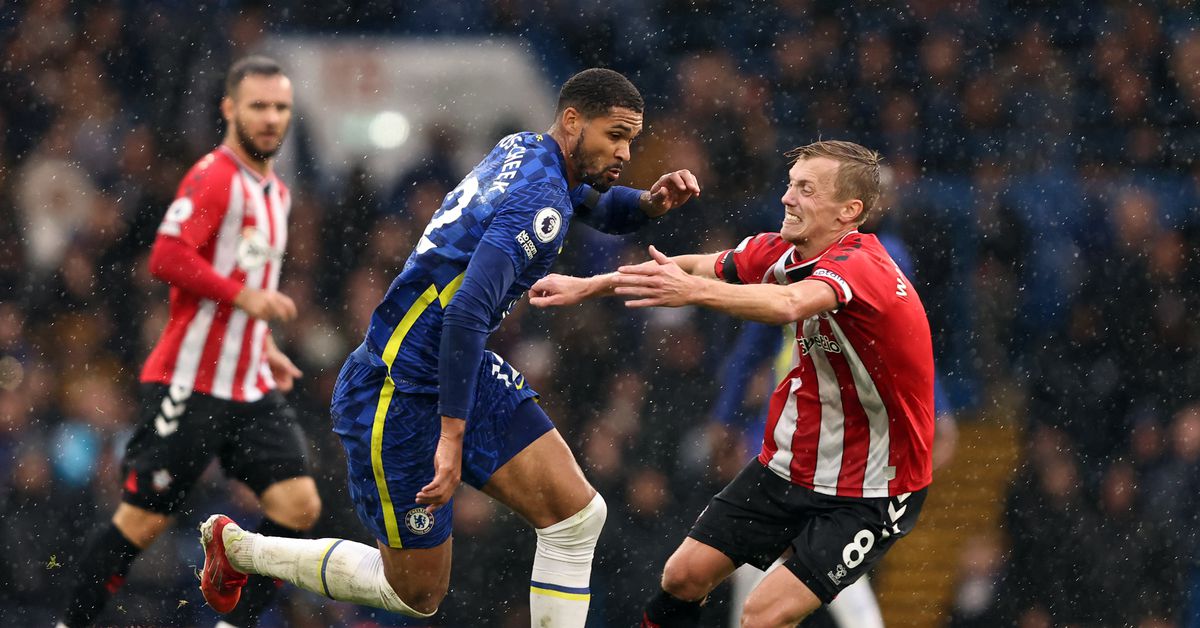 All five changes had a significant impact on Chelsea’s spectacular 3-1 victory. Hudson-Odoi has been playing some of his best football for quite some time (no coincidence while he was not deployed as a winger), Chilwell scored a goal (and allowed a goal) , Chalobah also scored and played excellent defense as usual, and Werner scored twice but only one counted because VAR hates him.

And then there was Loftus-Cheek, who walked through the midfield as if it was again in 2019. What a sight to see, more than two years after his devastating breakup of Achilles which changed his career!

The inclusion of Loftus-Cheek in the starting lineup confused many pre-match rosters – or at least those who didn’t pay close attention to how Tuchel had used RLC in midfield during four of Chelsea’s previous five games (one start). Once again, the 25-year-old has been given a box-to-box role rather than settle for an attack mandate, with Tuchel looking to use his ball carrier skills and dynamic strength. .

“We decided to put Ruben in because we were aware of their high pressing in midfield but we wanted to go through midfield. Ruben and Kova can not only pass but drive with the ball to escape the press. This is the reason why we have chosen them.

Tuchel’s replacements were also there. Mason Mount had an immediate impact, and Jorginho not only saved an underlying Mendy swoon, but also pulled a foul that got James Ward-Prowse sent off.

And then there was Ross Barkley, passing like it was again in 2018, when he was a “complete midfielder” for a hot second. It was his excellent away ball – with his second touch after his entry! – to César Azpilicueta who led to Timo Werner’s winning goal. (He also had a similar impact on Wednesday, when he created Romelu Lukaku for our best chance of the game.)

“For Ross, we were hoping he could show what he shows in training. He is very active, doesn’t feel the pressure and is always ready to create something. He has a strong right foot and sharp passes. We hope he can create or shoot from a distance and increase the pressure around the surface.

Neither Ross nor Ruben seemed to be in our plans at this point just a few months ago, but they argued in their cameos and on the training ground, and Tuchel didn’t hesitate to use them – even at the detriment of like Kai Havertz and Hakim Ziyech.

“Most importantly, I feel that Ruben and Ross aren’t feeling any pressure right now. They’re happy to have these chances, to feel the support, and maybe six weeks ago they couldn’t have been. imagine that they were in the situation of having real minutes, important minutes. Then they can help us because they have that kind of positive spirit and they didn’t feel the pressure. Last two games, of course, we lost and we felt something was missing.

“We always try to do our best to keep the players at their best, but at some point, after a lot of chances, we have to admit that Kai and Hakim are not in their best shape. It might not even be their fault, it is like that right now. They are struggling right now to be decisive. […] They might’ve lost some faith, some trust, whatever. We will not stop trying to boost them. No one is mad at them and no one has great concerns, but we have to pay attention to the real form. “

Form is of course temporary, and class is permanent, as the old saying goes. We know Havertz and Ziyech are good players, and they also showed it in Chelsea (especially Kai) colors. But there are no freebies like Tuchel said before, no gifts, and people have to keep fighting for their minutes – some maybe more than others, but every coach has their favorites.

So now it’s their turn to convince and win their opportunities.

“We have to win matches [and] at a club like Chelsea you have to be sharp every three days and fight for your place. This is what is happening.

We ended an absolutely grueling three weeks on a positive note, with five wins and two losses in all competitions, and (at least for tonight) at the top of the Premier League table. The madness starts again in two weeks, after the international break. It’s time to rest (for those who are resting)!