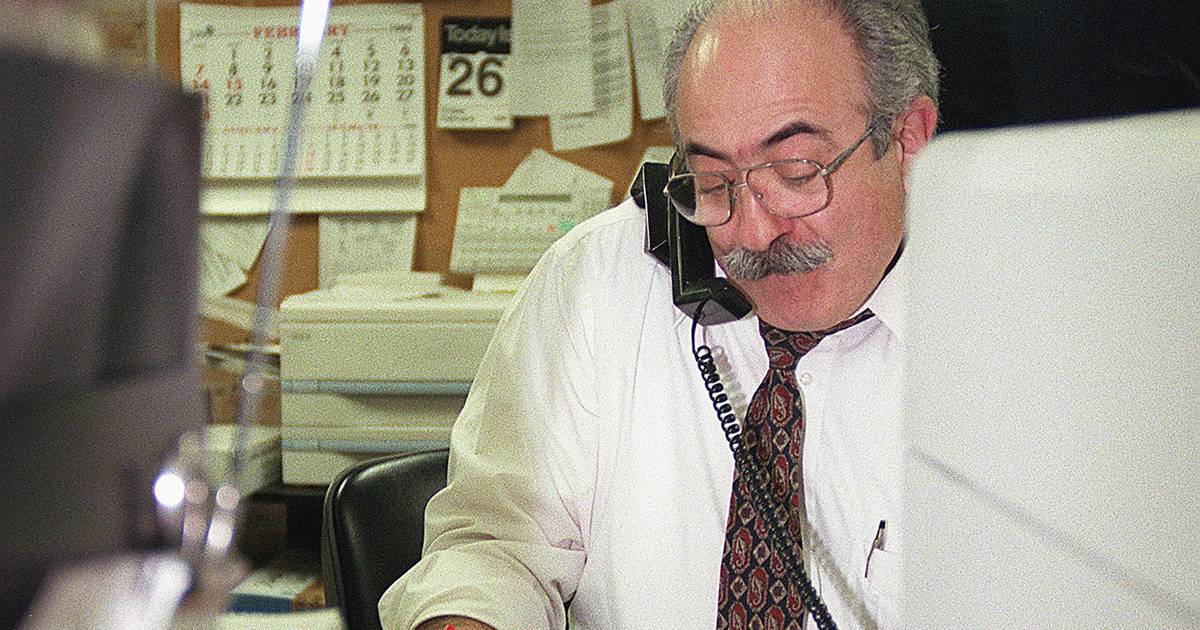 “Paul was like an individual master’s degree in journalism. He nurtured generations of reporters in the city, taking some of the greenest reporters of all time and turning them into fair, thorough and enterprising reporters who loved and cherished the craft as much as Paul did,” the deputy editor said. of the New York Times, Monica Davey, who worked for City News in the late 1980s.

“Each morning he would greet us at the office door with an envelope of assignments to pursue in the city that day, and just with those envelopes came the kind of advice that many of us use in our working lives at this day,” Davey said.

Zimbrakos, 86, died of complications from high blood pressure and kidney failure on May 31 at Loyola University Medical Center, his daughter, Marianthe Zimbrakos Zervas, said. He had been a longtime resident of River Forest.

Zimbrakos was born in the family home on Flournoy Street in the Taylor Street neighborhood, the son of parents who had immigrated to the United States from the Greek island of Crete in 1920. He attended Austin High School, one of only two in Chicago who taught Greek. at this moment.

Zimbrakos originally hoped to be a boxer, but he eventually attended Roosevelt University before a stint in the military, his brother George said. He returned to Roosevelt for his bachelor’s degree, and while at Roosevelt began working as a copyist for the Chicago Daily News.

In 1958, Zimbrakos joined the City News Bureau, which six of Chicago’s newspapers had formed in 1890 as a cooperative news agency aimed at covering all kinds of hard news in the city, from crimes, fires and court cases to deaths reported to medical examiner. Desk. For decades, the work of City News has been essential to the city’s many daily newspapers and its radio and television stations.

As editor, Zimbrakos took young reporters and “made us better in many ways,” said former Tribune foreign correspondent and national editor Storer H. “Bob” Rowley, who worked for Zimbrakos from 1976 to 1979.

“He insisted that we write with clarity, he taught us to report, and he insisted that we go back and get information if we didn’t have it the first time,” Rowley said. “More than that, he had an integrity and a sense of mission that you don’t always see in publishers today. He was tough, but you also really wanted his praise.

When the journalists were right, Zimbrakos offered an “attaboy” or an “attagirl”.

“It made my day,” Rowley said. “It meant you wrote this story well, reported it well and made City News proud.”

Davey remembered Zimbrakos as “somehow…both incredibly tough and remarkably patient, all at the same time”.

“He would be right to bug you if you hadn’t used common sense or courage to get complete and specific answers to key questions about a given story,” she said. “But then when you called back – for the third, fourth or fifth time, finally delivering something that came close to the full story – Paul would offer a cheerful, heartfelt word of encouragement and urge you to warm up and to prepare yourself. a sandwich.'”

“He had the perfectly balanced demeanor to serve as a scout leader in a chaotic newsroom of dozens of new recruits thrown around the big city to find stories. His job was to scare us more into calling the office without the full story than going back to that police sergeant with one more question — so get the full story the first time around,” Pallasch said. “And when you screwed up, he kindly, or less kindly, took you aside and explained to you that ‘we all have tough days. Now go get that story again. Paul had heard all the excuses.

In 1998, the Tribune and the Sun-Times reported that the City News Bureau would close the following year, as the newsroom was no longer financially viable amid changing business trends.

“I’m really sorry for the young people who won’t be able to come here,” Zimbrakos told the Tribune in October 1998. “I think there’s still room for a training ground for journalists in this industry.”

Seven years later, the Tribune shut down City News Service, in part because the newspaper didn’t want to give its competitors a coverage advantage by sharing the service’s meticulously curated Daybook – a schedule of the day’s press conferences. , court hearings and other newsworthy events. . As a result, all transmission service staff, including Zimbrakos, were fired.

Zimbrakos taught journalism classes at Loyola University until about four years ago, her daughter said.

Zimbrakos’ wife Eleni died in 2005. Besides his daughter, Zimbrakos is survived by two sons, Vasily and Kostas; four grandsons; and a brother, George.

A visitation is scheduled from 4 to 9 p.m. Sunday, June 5 at Colonial Wojciechowski Funeral Home, 8025 W. Golf Road in Niles. A funeral service will be held at 10 a.m. on Monday, June 6 at St. Haralambos Greek Orthodox Church, 7373 Caldwell Ave. at Niles.

Bob Goldsborough is a freelance journalist.

To purchase an obituary, visit https://placeanad.chicagotribune.com/death-notices. To suggest a staff-written obituary on a local person of interest, email [email protected]