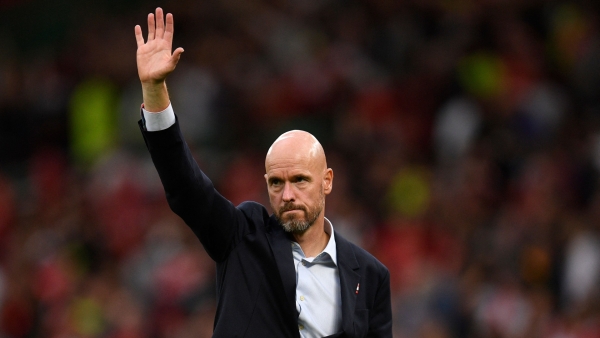 Christian Eriksen senses a “big difference” in the atmosphere surrounding Manchester United after they went on an impressive revival by beating Arsenal.

United won four consecutive league games for the first time since April 2021 after handing the Gunners their first defeat of the campaign on Sunday. A brace from Marcus Rashford and an early goal from Antony gave the Red Devils a 3-1 victory.

As well as scoring Rashford’s second goal, Eriksen topped United’s charts in chances created (three), touches (56) and assists in the final third (16) in a masterful display through the middle ground.

United’s fine recent form is a far cry from their start to the campaign, when they suffered humiliating back-to-back defeats to Brighton and Hove Albion and Brentford – they are only the third team in Premier League history to lose their two first matches before. winning their next four.

Eriksen believes the Red Devils are now on their way, telling Sky Sports: “There is a big difference from the first two games, that’s true.

“But I also think the whole setup with the new manager coming in, me obviously being new, a lot of players coming in late… we’re getting used to everyone.

“I think you can feel it now, it will be more comfortable to be with the guys, and it’s a really good group. Everyone wants to do their best and compete.

“The quality we have with the players in front, everyone can pass, everyone can score. It’s nice to play behind; if it’s a good pass, it’s over.

“It was a fun game of football, there was a lot going on on both sides, but I think with the result it was a great afternoon.”

Pressed on what had changed since an embarrassing 4-0 defeat at Brentford last month, Eriksen said: “Obviously we started winning. Even the ugly games, the un-nils, built something.”

United picked up two 1-0 wins, over Southampton and Leicester City, which helped create a feel-good mood.

“You feel in the team, you feel it as a player on the training ground and in games,” Eriksen said.

“We are starting to understand each other, to know where to pass the ball, where to position ourselves, so that makes things easier.”

Manager Erik ten Hag was keen to stress Eriksen’s importance to his team, saying: “We put him a bit lower on the pitch, like a six or eight role, and there he has a lot of freedom.

“We tell him the spaces where he needs to be and also how others need to adapt to that, and I think he can win a game for you.

“You can make the change of play if he can see the pass; between the lines he can give a final pass, and he can also go in attack to score a goal.

“What he can improve on is always defending. So we’ll give him that. But I think he played a magnificently good game.”