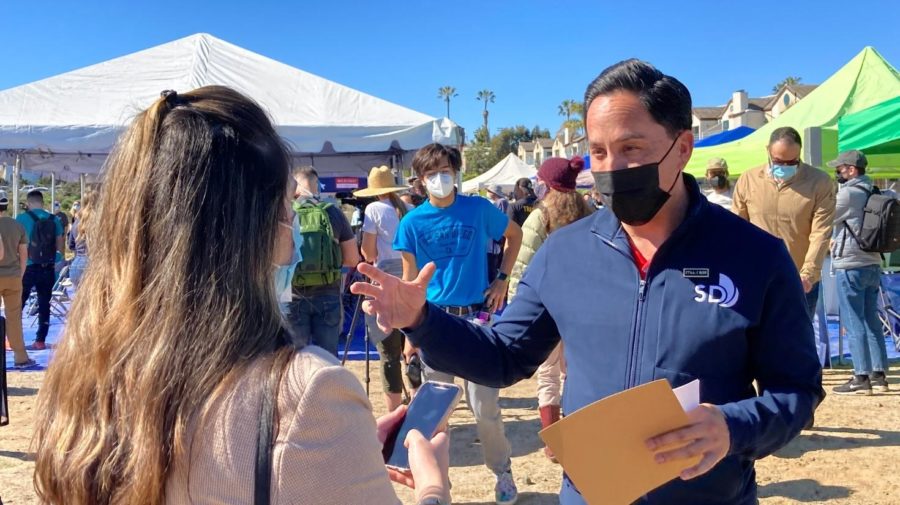 San Diego Mayor Todd Gloria spoke with City Times Media reporter Ingrid Estrella on a variety of issues, including the need for more housing, during the recent “Love Your Wetlands Day.” In her latest city budget, Gloria allocated additional funds for City College’s homeless services training program, the first of its kind, which was developed in partnership with the San Diego Housing Commission. Photo by Kathy Archibald/City Times Media

He also has requested that the program be expanded.

the Roaming Program for Engaged Educational Resourcesor PEER, is a one-of-a-kind partnership between City College and the San Diego Housing Commission, the agency that oversees homelessness and affordable housing resources for the City of San Diego.

“This partnership helps us create the future workers for these proven solutions to homelessness,” Gloria said. in an invitation-only press event on February 3.

PEER was originally launched in October 2020 with a $187,000 grant from SDHC. In June 2021, the committee voted unanimously to renew PEER funding with a supplement $250,000 Gloria allocated to the American Rescue Plan program.

“We needed to start figuring out how to build that workforce and training opportunities that were accessible and affordable for a lot of people interested in doing that job,” Jones said.

Gloria said he hopes to expand the program to other area colleges, as well as expand the city’s program to develop career paths in the homeless-serving industry.

The key, Gloria said, was to develop career paths that allow people starting out in outreach to progress to higher-paying roles like program manager or even executive partner in a related nonprofit.

“That’s how you get the level of professionalism, of expertise, of the ability to really drive change on this issue,” he said.