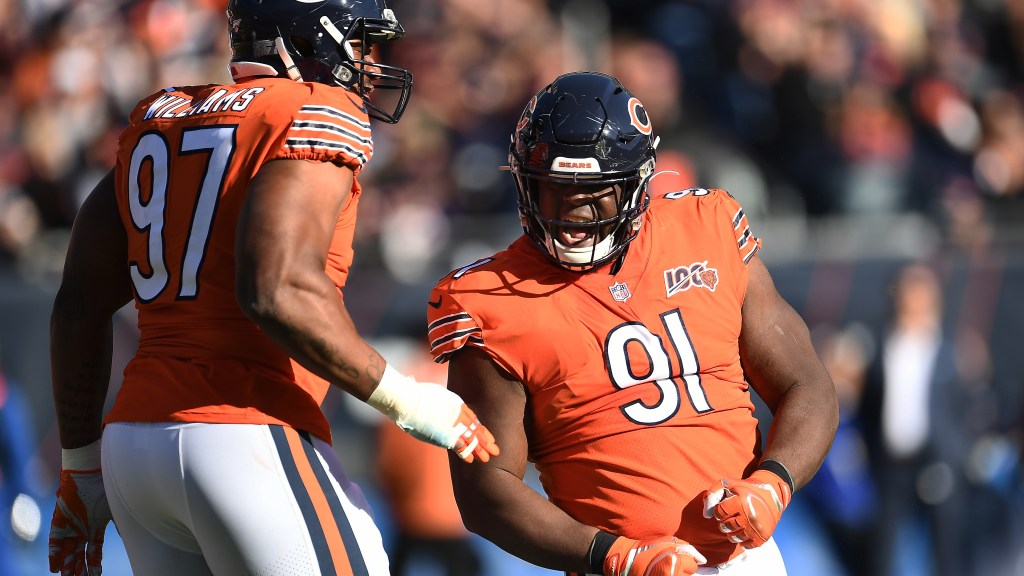 It has been an eventful offseason for Chicago Bears fans regarding nose tackle Eddie Goldman, whose status has been in the air since he failed to show up at the mandatory minicamp last month.

As the Bears were due to show up for training camp next Tuesday, many wondered if Goldman would attend, even after head coach Matt Nagy expressed confidence last month that Goldman would be there.

According to Dan Wiederer of Chicago TribuneGoldman plans to show up to training camp on Tuesday and “can’t wait to get back to the training ground” when the team practices Wednesday.

Wiederer noted that Goldman’s absence during the minicamp was in part due to a family issue, and Goldman is expected to be ready to go when camp begins next week.

Videos of Goldman training in Chicago spread like wildfire on social media, and he certainly looked like a man ready to resume football. Especially after missing last season as he pulled out due to COVID-19 issues.

Goldman has been an integral part of the Bears’ defensive line, especially against the run. All eyes will surely be on Goldman to see if he’s fit after taking time off last season and skipping the mandatory minicamp.

“I hope with Eddie Goldman it’s like riding a bike,” new defensive line coach Chris Rumph said earlier this offseason. â€œHe’s just going to pick it up and start pedaling again. He probably won’t be able to do a wheelie just yet. But eventually, he’ll be able to do some wheelies. â€¦ I want to get to know him, get to know his heart and hopefully bring him back to the level he played at and keep taking him higher and higher so he can (achieve) that peak performance .

While it has certainly been a bumpy offseason for Bears fans, as the team released cornerback Kyle Fuller and failed to secure a long-term deal with wide receiver Allen Robinson, it’s finally a good news before a major training camp.

Training of the retirement plan committee for cybersecurity issues at DOL