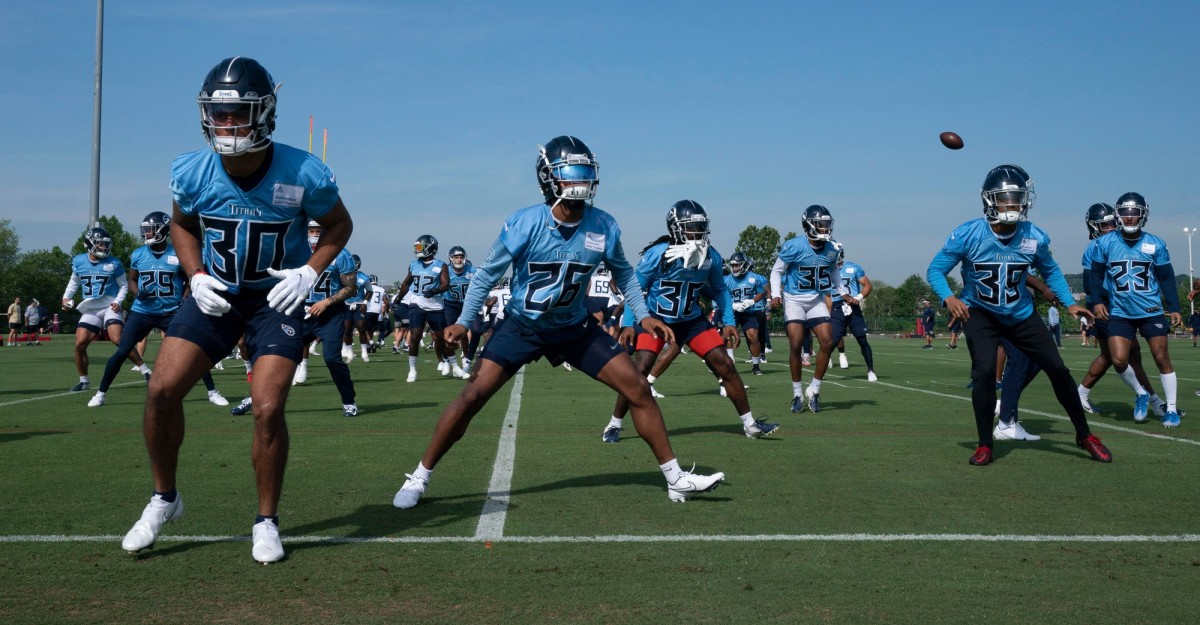 Power Rankings: Not much love for the Tennessee Titans

NASHVILLE — Based on a sample of offseason NFL power rankings, the Tennessee Titans should have no problem adopting an underdog mindset heading into training camp,

Of course, the Titans won the number one seed in the AFC last year after a 12-5 regular season. But the combination of a quick exit from the playoffs, the trade of Pro Bowl wide receiver AJ Brown and question marks at key offensive positions sent the Titans falling down the ladder in the eyes of forecasters.

A survey of 10 power rankings did not find the Titans listed in a single top 10. The Titans ranked as high as 11th (ESPN) and as low as 17th (New York Post, Pro Football Focus).

Should these numbers cause panic among Titans fans? Probably not, given the accuracy of off-season forecasts. Peter King of Football Morning in America, for example, recognized that he ranked the Titans 18th and the Green Bay Packers eighth last year at this time. These teams finished as the top seeds in the AFC and NFC, respectively, in 2021.

Another note to remember: as we mentioned a few months ago, the Titans are one of only two teams – along with the New Orleans Saints – that have exceeded or equaled the number of expected regular season wins awarded to them in each of the five last years. This data was compiled by Sharp Football’s Warren Sharp.

Nonetheless, here’s a look at how others across the country view the Titans in early July:

Comment: “The Titans have done everything they can to signal the perceived end of the current team we all know and love. That doesn’t mean they won’t be competitive in 2022, but there will be a metaphorical sign.” under construction” hanging next to the active list.

Comment: “The Tennessee Titans are the two-time defending AFC South champions and last year’s No. 1 seed in the AFC playoffs. But … after a draft that saw the team surprisingly trade wide receiver AJ Brown and select a quarterback in the third round, there could be trouble in Nashville.

Comment: “The Titans seem to have anything but a dynamic quarterback, and that’s usually not enough to contend with.”

Comment: “(Robert) Woods didn’t set foot on the field as a Titans player, but he was catapulted to No. 1 receiver after the team traded AJ Brown to the Eagles. Brown took 23 % of the Titans’ receiving yards last season at Philadelphia Woods is now likely to get the lion’s share of targets from quarterback Ryan Tannehill, who has targeted Brown more than any other receiver since taking over in week 7 of 2019.”

MORNING OF FOOTBALL IN AMERICA

Comment: “I can’t understand this team, but I know that (coach) Mike Vrabel is at least worth what he earns in his new contract. This defense plays with the kind of intensity and efficiency that their coach had as a player. The Titans will need it this year.

Comment: “The Titans weren’t interested in shelling out the gonzo money that defined this offseason, so they sent one of their most important players to the NFC and started over at the job with first-round pick Treylon Burks. Maybe it was ultimately the right game for Tennessee — financially, at least — but it’s also hard to say the Titans are a better team now than they were in January.

Comment: “How the mighty No. 1 seed in the AFC playoffs fell. A year after pairing Julio Jones with AJ Brown envisioning a fearsome duo, the two WRs are gone. This will only increase the wear and tear on workaholic RB Derrick Henry. QB Ryan Tannehill’s playoff stench cost him a lot of believers.

Comment: “The No. 1 seed in the AFC a season ago, the Titans haven’t had an offseason in ages. Acquiring Robert Woods was a good move, but they also traded AJ Brown rather than give him the big deal he deserved. Rookie Treylon Burks is now under enormous pressure to replace Brown. The Titans will be a good team again, but they have lost ground to the rest of the contenders who have clearly improved this offseason.

Comment: “The Titans have to hope the wear and tear of Derrick Henry and the playoff woes of Ryan Tannehill don’t continue, while needing to recover quickly with a new receiving body minus game changer AJ Brown.”

Comment: “Brown, yes. It didn’t seem like the Titans liked it and QB Ryan Tannehill probably doesn’t like it. Rookie WR Treylon Burks is tasked with filling that big void. But how easily do we forget that Tennessee was the AFC’s top seed and RB Derrick Henry is still Derrick Henry?