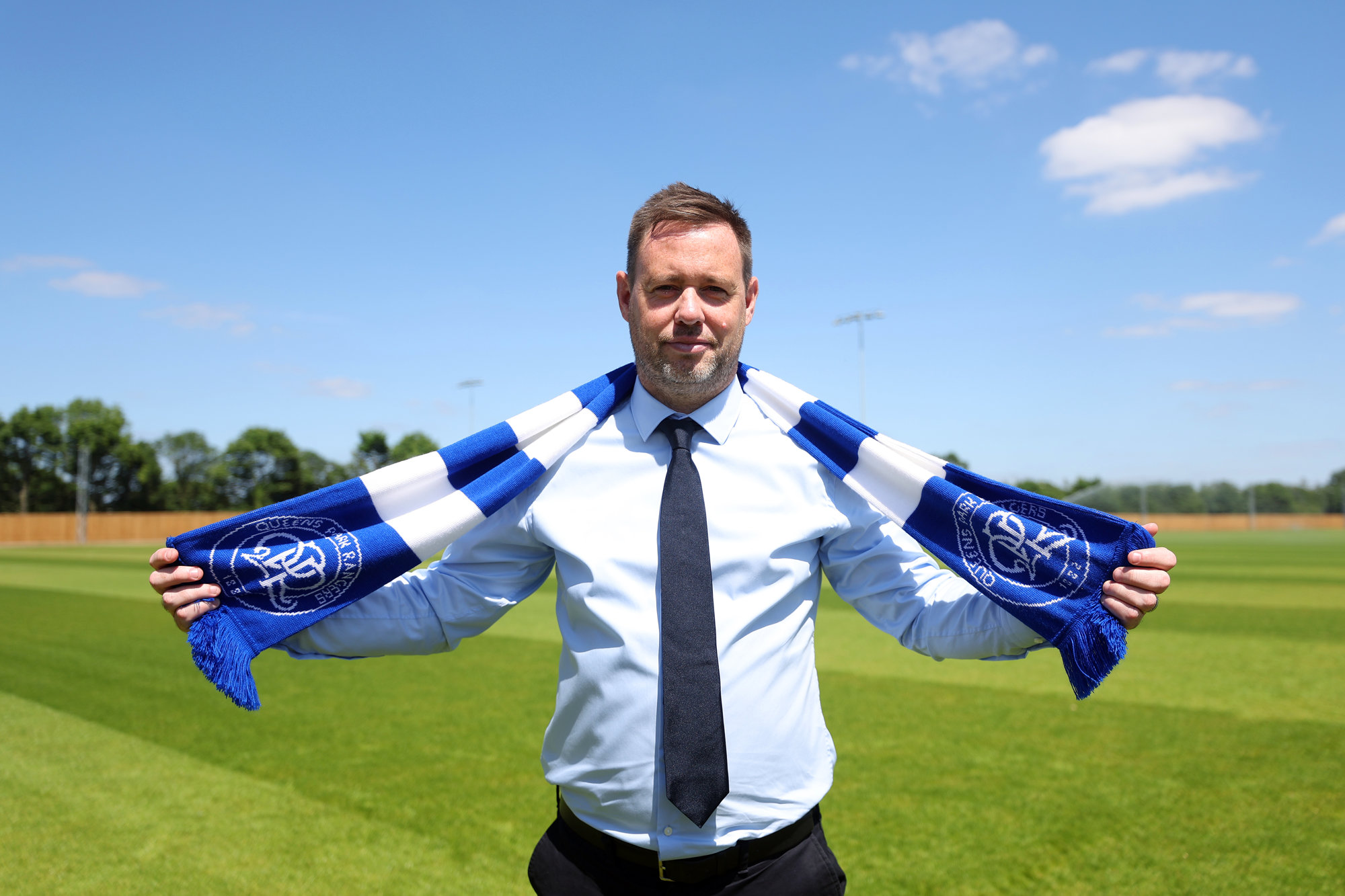 After wrapping up his first media day at Queens Park Rangers Heston’s new partially completed training ground, manager Michael Beale sat down with The Sportsman to discuss his new role, QPR and his career so far. In the first part of this two-part interview, he talks about his new club, his summer transfer activity and his ambitions for the season.

Michael Beale just landed his first managerial job at 41, but he’s a man with a whole lot of experience. Having worked with Chelsea and Liverpool youth teams before becoming an assistant under Steven Gerrard at Rangers and Aston Villa, he is now using his wealth of knowledge and contacts to shape his QPR squad.

His two signings so far, Jake Clarke-Salter and Kenneth Paal, both came from his work as a youth coach. Paal in particular is someone he’s followed since spotting the 13-year-old at a tournament when Beale took charge of Chelsea’s youngsters.

“He played for PSV and I was coaching Chelsea,” Beale said, speaking exclusively to The Sportsman. “The tournament was a big tournament – it was 12 European teams and 12 Turkish teams, and on the Saturday before the final on Sunday which we won, we beat Besiktas on penalties. On Saturday you had to choose two teams from every team and they asked me to be the coach of that European team so I had to choose players and I chose Kenneth, he was the left winger at the time.

“Every time you go on these tours when you’re a young coach, you go around Europe, I always used to write down the names of the best players. Kenneth was on the list. I came back and I recommended to Chelsea, and tried to sign him for Glasgow Rangers two years ago – it didn’t work out then. When I heard I was coming here and I seeing Kenneth was available one of the first phone calls I made was to his agent when I got here and spoke to the staff the club had also been following him for two years so they also had a load of scouting reports.

“So it was one of those things that came together. It’s a big step and a big opportunity for him. His motivation to come and play in England, more precisely in London, was enormous. He refused other offers to come, I think in the case of the two boys [Paal and Clarke-Salter]there were perhaps stronger offers financially, so it shows that we have to do something right at QPR that it is an attractive proposition.

Beale with Les Ferdinand at QPR’s new training base

After coaching Clarke-Salter at Chelsea’s youth academy as a 13-year-old, he was another that Beale managed to convince to join once he got the job at QPR. “Strangely enough, at the end of the season, we were in contact for the first time in a while,” he tells us. “At that time there was no idea I would be leaving Aston Villa and I had to phone him quickly when I was announced here because my advice might change now. I might give him an opportunity. He had a lot of options, and so it was more of a case of: listen, let’s sit down and let me explain to you where I think you are currently in your career and where I think you can go. what are the intermediate steps that we need to accomplish You need a house, you need a coach who knows you, you need a style of football, you need a platform to achieve your potential. He also believes in it.”

Beale was one of England’s most sought-after managers due to his stellar CV which has already seen him work with Philippe Coutinho, Tammy Abraham and Eder Militao, so what made him choose QPR for his first management position?

“The squad. There are key players in this team that excite me. Then you couple that with meeting the owners and talking. I felt the energy towards me and the project from them in the room when I met them. The first, I guess, was the vision. Okay, there’s excitement for the players, but what are you asking me to do? I thought they were very sane in their view of where the club is and what it can potentially do. There weren’t massive demands. There were a lot of key things that made me choose this one over another.

They are a team brimming with talent who faded from the play-off race under Mark Warburton last season. Rob Dickie, Ilias Chair and Chris Willock in particular caught the eye last season, but Beale doesn’t think he’ll lose any of his star men this summer.

“We’re in no rush to sell anyone,” he says defiantly. “We actually think these boys have more to come in terms of their potential transfer fee increasing should they move on in the future. We rely heavily on them to be part of a very good team vehicle here that can take QPR to where these players want to go, which I’m sure is the Premier League. We are all aiming for this.

The new manager greets the press

“What is certain is that, as with Ebere Eze, if the offer is good and the player has a real opportunity to go there and be a key player in the Premier League, we will not interfere people. But the offer has to be fair, it has to respect the job we’ve done. You’re right in those three, but there’s more too, we have a team of players that we’re a bit short of. experience. We’re not lacking in potential. But I think after the season and the disappointment of last year, I hope the dressing room has grown from that experience and that makes them even more eager and hungrier to be successful this year. That’s what excites me.”

Ahead of his first season in management, Beale is trying to change the culture around the football club, implementing his style and making sure the whole club is pulling in the right direction. The results on the field will follow if he succeeds in these goals.

“For me, it’s really important that I create harmony in the club and a path for young players and young staff, which is just as important. Creating an environment where everyone feels like they can be itself and therefore become the best version of itself. Then a way of playing football and training that people are passionate about. If you do these things, then this club will move forward.

“Are we guaranteed to go up? No. If you look at the teams that come out of the Premier League with the parachute payments and the teams that fell last year let’s leave the focus on them and we’ll just stay very humble but very ambitious inside and start working . I think if I put the pieces in place behind the scenes, the results on the ground will reflect that. They will come with time. I think last year the team did very well and then finished very indifferently. So what team are we? It depends on the players. They have to decide which direction they want to go. So I’m excited to challenge them, provoke them and support them to be the best version of themselves. So I’m sure everything will be fine.

With director of football Les Ferdinand sitting over him, and managers rarely have time in the modern game, Beale is unfazed by the task ahead and believes he will set his own standards, rather than those above him demanding results.

“The biggest pressure will come from myself and the amount of expectations you put on yourself. It will come from our dressing room. I can assure you that our players are super ambitious. They will come back in pre-season, and I have talked to most of them, with the greatest ambition in the world. The same goes for the other 23 clubs in the league, and it’s probably the toughest league in the world because the teams are pretty much evenly balanced We will have to fight, give up and show quality to get all the points possible There is no big statement to make where we are but we will definitely look at last year and want to improve from away, because that’s what every club should be doing every season.

*18+ | BeGambleAware | Odds are subject to change