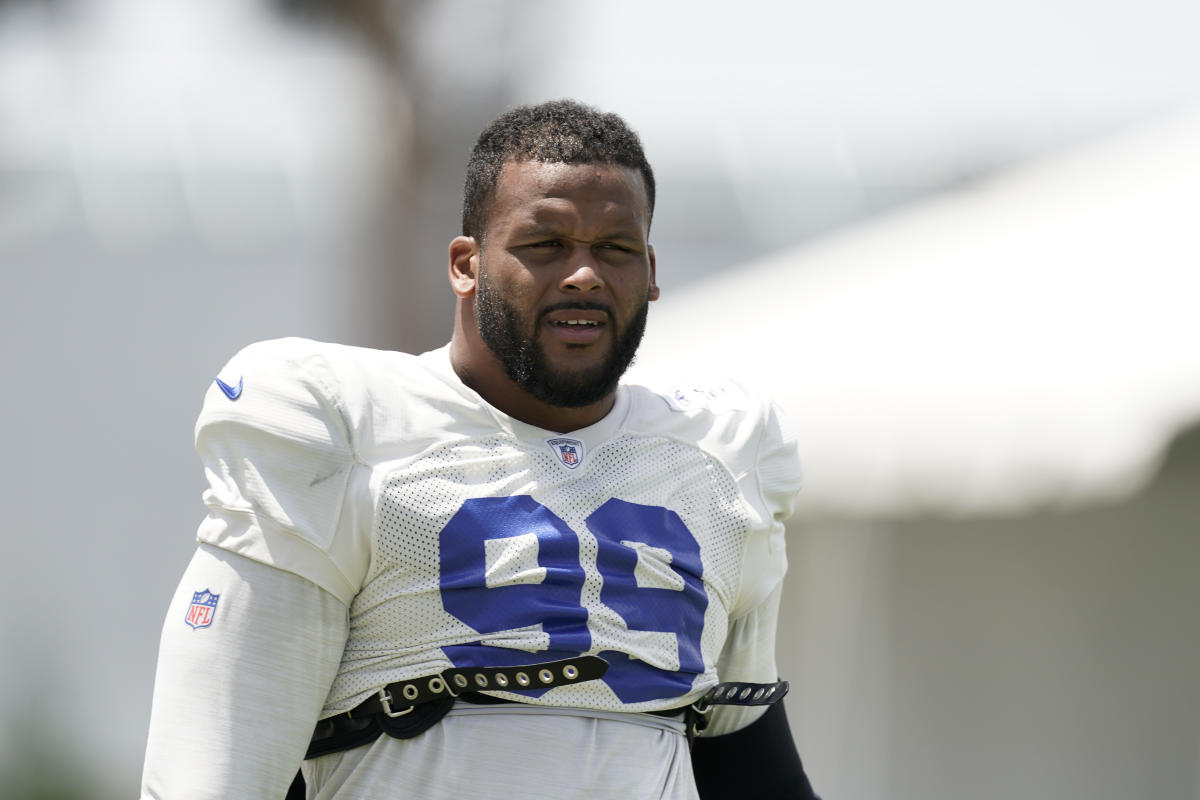 The Los Angeles Rams will handle any discipline on their own after the helmet fight that canceled practice with the Cincinnati Bengals on Thursday.

A Rams spokesman declined to comment on whether star defensive end Aaron Donald or anyone else would face discipline after Thursday’s wild fight in Ohio, saying only that he “will stay internally”.

The Rams and Bengals held a joint practice Thursday in Ohio ahead of Saturday’s preseason game between last year’s Super Bowl teams. After a few minor incidents, a massive brawl broke out between the teams.

Footage of the fight showed a player swinging a helmet at the other team, and Donald was pushed to the ground while holding a Bengals helmet in his right hand. Donald was then seen with two Bengals helmets in his hands.

It’s unclear what sparked the fight in the first place. The practice was quickly canceled after things calmed down.

If the incident had happened during a game, the league would certainly have handled the punishment itself. Cleveland Browns defensive end Myles Garrett was suspended for six games in 2019 after ripping off Pittsburgh Steelers quarterback Mason Rudolph’s helmet and throwing it at him during a game.

The NFL has traditionally let teams handle discipline after incidents during joint workouts. While the league could certainly inflict its own punishment, the Rams’ internal punishment – whatever it is – will likely be the end of the story.

Saturday’s pre-season match between the two teams could be a bit more controversial than usual, however.