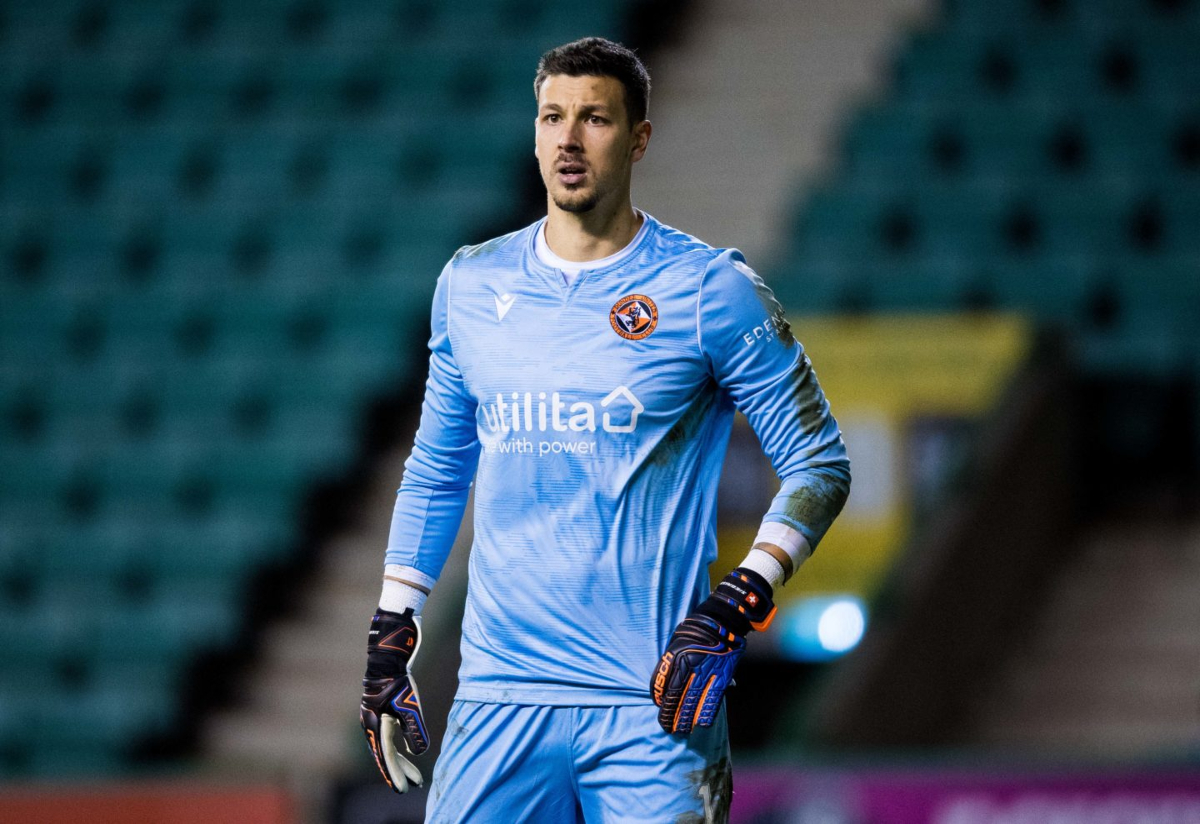 Alan Hutton has insisted Dundee United goalkeeper Benjamin Siegrist would be a welcome addition to the Rangers dressing room.

The former Gers defender and Rangers TV pundit, speaking exclusively to Football Insider, announced the 29-year-old’s attitude after working with him at Aston Villa.

As reported by Daily Mail On Monday January 10, Rangers are preparing to offer Siegrist a pre-contract deal to seal his signing on a free transfer.

The Dundee United star has reportedly attracted interest from the Premier League, Germany, France and Belgium.

Hutton worked alongside Siegrist as the shot-stopper moved through the youth ranks at Aston Villa.

He insisted the Swiss star’s quality, attitude and work ethic would make him a great addition on and off the pitch.

hutton said Football Insiders Russell Edge: “Look, he’s a guy I know well. He was obviously at Aston Villa when I was there.

“He’s a big imposing figure. When he was at Villa, he had to leave to show his talents elsewhere. He bounced back a bit and eventually found a home at Dundee United.

“I watched his progress. He has always been very successful. He made big saves in big moments and proved himself at that level, which is good for him.

“He was pretty low key back then. I think you have to remember he was a young lad trying to make his way into the first team.

“He sort of minded his own business. Very down to earth, very balanced. He trained very hard and worked afterwards, whether it was in the gym or on things he needed to work on.

“A very good mentality. You would like to think he would fit in well at a club like Rangers.

Siegrist joined Villa’s youth roster in 2009 but never made a first-team appearance until leaving in 2016.