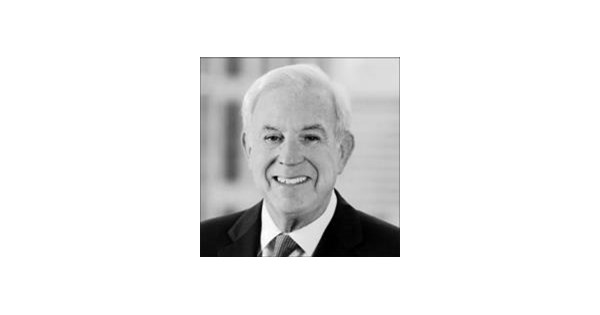 NUSSBAUM, Samuel, physician, researcher, professor and director of healthcare, researcher, professor, director of healthcare, jam maker, gardener, architectural enthusiast, world traveler, runner, beloved husband, father and Grandfather Sam Nussbaum died on September 23 at his home in Oak Bluffs. The cause was pancreatic cancer. Nussbaum has had a long and varied career that began with two decades at Harvard Medical School and Massachusetts General Hospital, where he led the Clinical Endocrine Group Practice, a place that has become a training ground for many leaders in the field. American medicine. Nussbaum’s work has unlocked many secrets about how parathyroid hormone works, binds to receptors, and controls calcium levels and bone health. His research paved the way for the creation of synthetic parathyroid hormones and other drugs and treatments for osteoporosis and bone complications from cancer. At Mass General, his attentive, generous, and gentle ways at the bedside earned him the gratitude and loyalty of the patients, who occasionally paid in the form of live lobsters and Boston Bruins tickets. Early in his time at Mass General, Nussbaum joined a program in which Martha’s Vineyard Hospital brought in doctors from elsewhere to help deal with the influx of summer residents and their injuries. His experiences at Martha’s Vineyard Hospital led him to beg all he knew to never ride a moped. It also led to a love for the island, where he died. His leadership of the endocrine group led him to health care management. He became chairman of the board of directors of struggling HMO Bay State Health Care and orchestrated its merger with Blue Cross Blue Shield of Massachusetts, where he became chief medical officer. In the following years, he was Executive Vice President, Medical Affairs and System Integration for BJC Health Care in St. Louis, Missouri, and Executive Vice President, Clinical Health Policy, and Medical Director of Anthem, the health insurer based in Indianapolis. While at Anthem, Dr. Nussbaum received the 2004 Physician Excellence Award from the American College of Physician Executives and Modern Physician Magazine and was recognized by Modern Healthcare as one of the “50 Most Senior Physicians. influential in the field of health â€. He brought to these roles an unremitting commitment to the defense of patients’ rights and the health of the population. He has worked to ensure that the insurance industry embraces and covers new therapies. He delved into patient outcome data to advocate for greater precision in the treatment of individuals and populations, and was instrumental in advancing the Affordable Care Act. Upon his retirement from Anthem, he advised startups, biotech companies, publicly traded companies and pension funds. Of particular interest to him were companies developing tests that would enable the early detection of major diseases. Nussbaum loved to grow his own vegetables and had his own orchard of fruit trees and berries, from which he made his signature â€œSam’s Jamâ€. When moving from Boston to Saint Louis, he rented two trucks, a moving truck for furniture, and a tray for his fruit trees. He loved cats and had to be warned, when attending cat shows, not to go home with other cats – a warning he sometimes didn’t take. He was an avid jogger, having run the Boston Marathon twice and the New York Marathon once. His pre-work routine often included swimming along Walden Pond. He enjoyed traveling with his 52 year old wife, Rhoda. Together, they cycled the Loire Valley, hiked the tropical rainforests of Costa Rica and, before the pandemic, sailed the Galapagos Islands. Nussbaum grew up in Kingston, New York. He spent summers working at several Borscht Belt hotels, including the Bonnie View, which his family owned. After graduating from high school in Kingston in three years, Nussbaum enrolled in the Scholars program at New York University. He received his MD from Mount Sinai School of Medicine, earning first in his class. He trained in internal medicine at Stanford University and Massachusetts General Hospital and in endocrinology at Harvard Medical School and Massachusetts General Hospital. He is survived by his wife of 52 years, Rhoda Kahn Nussbaum, his son Jeffrey, his daughters Cara (Scott Fudemberg) and Barrie (Dan Levine), six grandchildren, two nieces, Lisa and Jessica, and five grandnieces and nephews. He is also survived by his sister Ila (John Falvey), his brother Bruce Nussbaum, two surprisingly devoted cats and several dozen jars of his homemade raspberry jam. A memorial service will be held at Martha’s Vineyard Hebrew Center on Wednesday, September 29. One of his favorite sayings was that life was lived in three phases: learning, making money and, through mentoring, teaching and charity, coming back. In lieu of flowers, gifts in memory of Dr. Nussbaum can be directed to the Nussbaum Family Fund at Felix Neck Wildlife Sanctuary, Martha’s Vineyard Hebrew Center Summer Institute, or a charity of your choice.