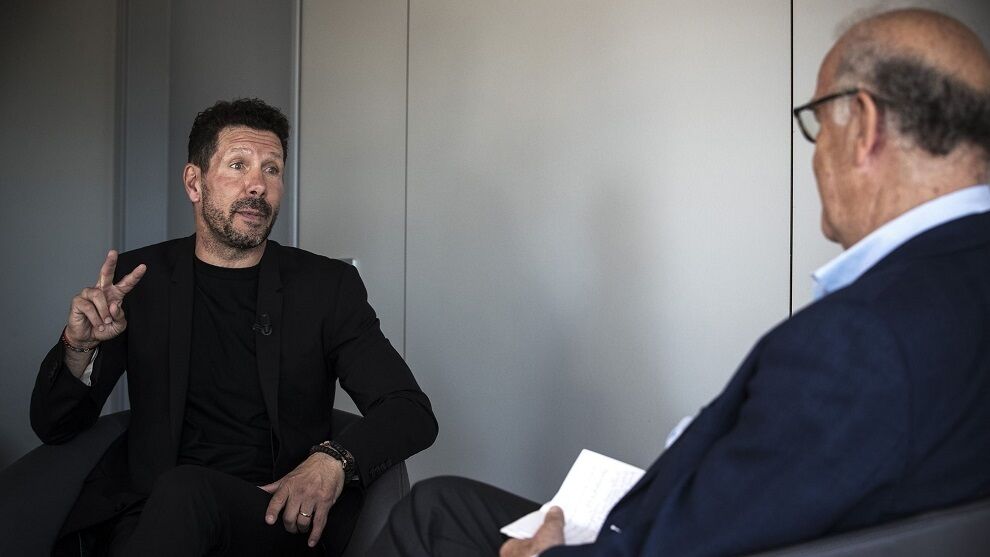 Simeone: Ever since the day arrived at Atletico Madrid I keep thinking I could be sacked

Diego Simeone welcomed Vicente del Bosque to Atletico Madrid, with the Spaniard interviewing the Argentine about his Rojiblancos coaching career.

Although he is a fan favorite, both as a player and now as a coach, Simeone admitted he lives with the constant fear of potentially being made redundant.

“The demands are very high and the players have to see you as if it is the first training session,” he said in the interview for El Pais.

“From the day I arrived here, where I always wanted to come back, I have lived thinking that they can get rid of me.”

Asked by the Spaniards world Cup A winning coach if he sensed a moment when he wanted to leave Atletico, Simeone admitted that there had been some difficult moments.

“One of the difficult times was the end of the Champions League final in Milan. The second we lost,” he said.

“One in the 93rd minute and the other we reached the closest place to win, the penalties.”

After this final against real Madrid, Simeone appeared to imply he was about to leave, but has since clarified that the words were taken out of context.

“It was misunderstood,” he said, adding instead that he wanted to know if he “could again convey to the players everything I had conveyed up to that point”.