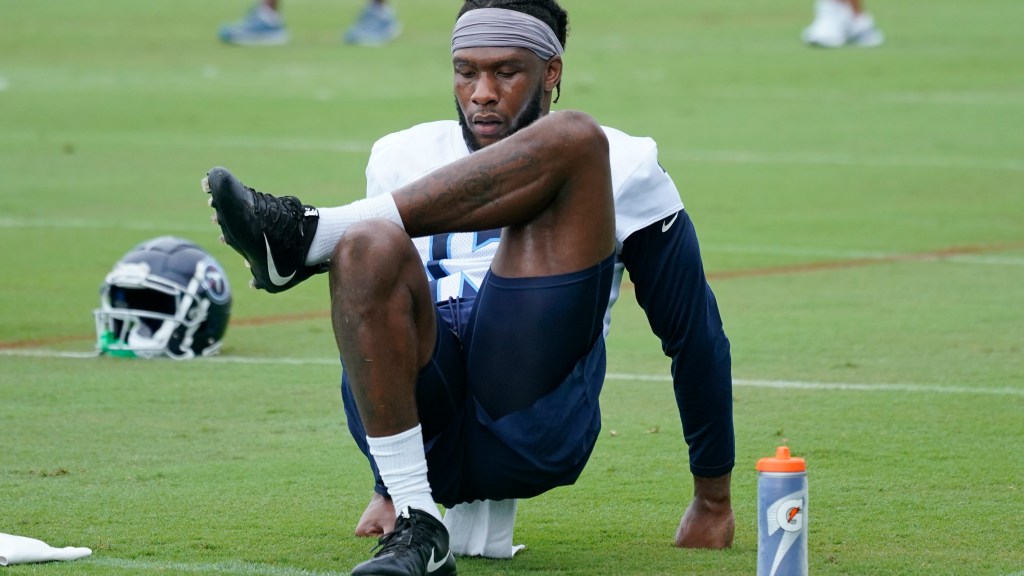 The Tennessee Titans were back Tuesday for their sixth practice of training camp, and the second in which pads were worn.

Even before the team entered the field, there were fireworks, as offensive lineman Jamarco Jones apparently lashed out at left tackle Taylor Lewan in a spat before the match. ‘coaching.

Training camp fights are perfectly normal, but this one is a bit different, as it takes place between two players on the same side of the ball and it happened before training and not as a result of anything what happened on the ground during this one.

It’s definitely a situation to watch, with Jones vying for left guard against Aaron Brewer, whose winner will line up next to Lewan.

In more positive news, wide receiver Racey McMath was the standout of the day, and it was a great session for the offense as a whole.

Now, a look at all of Tuesday’s biggest takeaways.

Sofa: “Ola Adeniyi beat Jalen McKenzie on a team period rep. McKenzie held him, Ola pushed him past the whistle and was sent inside.

Kyle Philips ran with those

Big Randy a perfect 8 for 8

The Tua Tagovailoa effect? At least a dozen players benched Sunday under NFL…