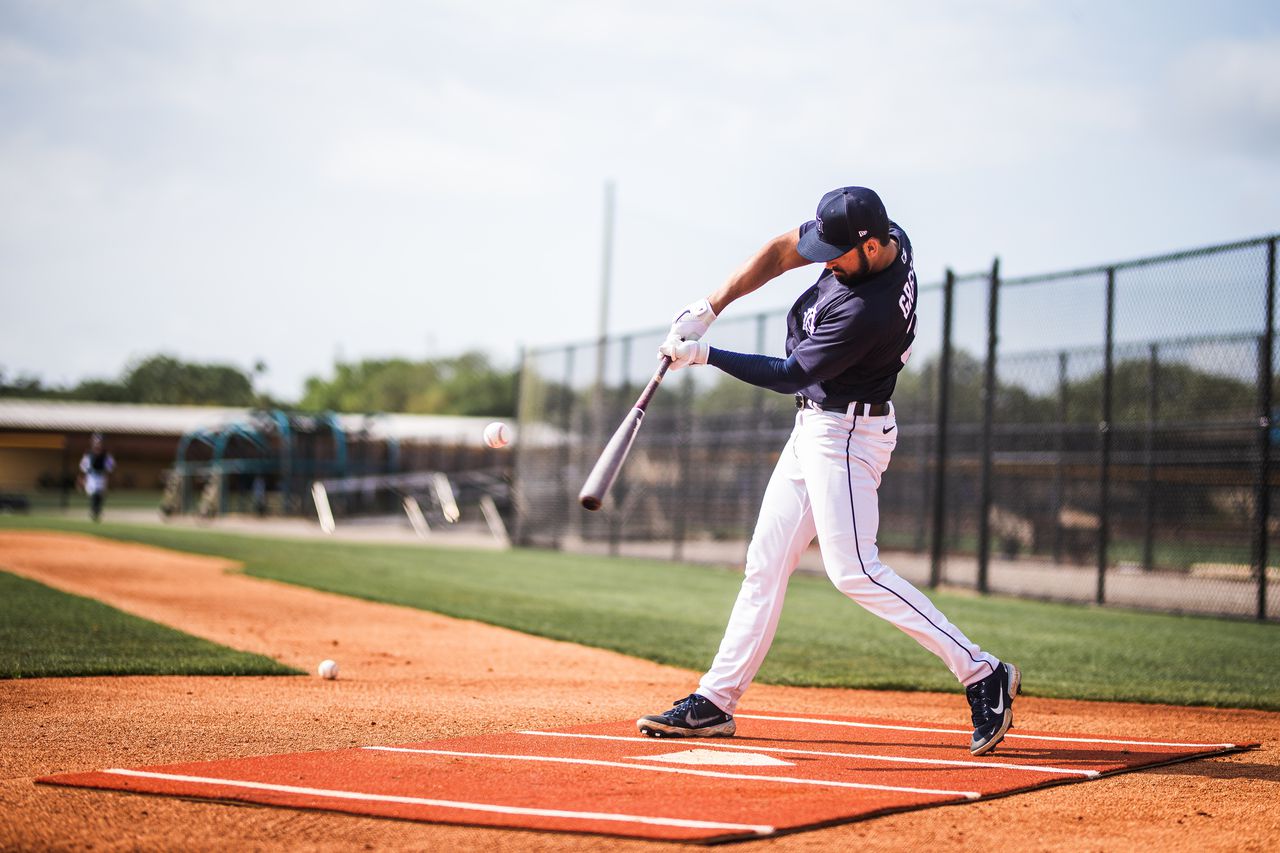 DETROIT — Detroit Tigers outfield prospect Riley Greene has been given the all-clear by doctors to return to baseball activities.

“He ran this morning at Lakeland, his feet on the ground for the first time,” Hinch said. “Now we can progress it like we normally would in a rehab program without worrying too much about the foot other than we have to deal with the symptoms.”

Hinch fractured a bone after fouling a ball with his foot during a spring training game on April 2.

Greene, 21, was almost certain to be the center fielder for Tigers’ Opening Day. The No. 5 draft pick in 2019 had been spectacular offensively and defensively this spring.

There’s still no specific timeline for Greene’s return to a real baseball game, but it seems possible he could arrive in Detroit sometime in June.

In other injury news, outfielder Akil Baddoo returned to the Triple-A Toledo roster on Friday after missing two games with a non-COVID illness. He went 0 for 5 in his only game with the Mud Hens since being demoted.

Tigers starting pitcher Casey Mize went just 2/3 of an inning when he left for rehab for the Mud Hens on Thursday.

Hinch said Mize is physically fine and will pitch his normal bullpen between starts in a few days.

“It was not good. The results weren’t what he wanted,” Hinch said. “I think he was a bit hesitant at the start of the game. I watched the video a bit… His execution wasn’t great.

Another injured starting pitcher, Matt Manning, will make his second rehab start for the Mud Hens on Friday night.

Right-handed pitcher Drew Hutchison, who was slated for an assignment earlier this week, allowed waivers and elected free agency rather than accept an outright assignment in Toledo.