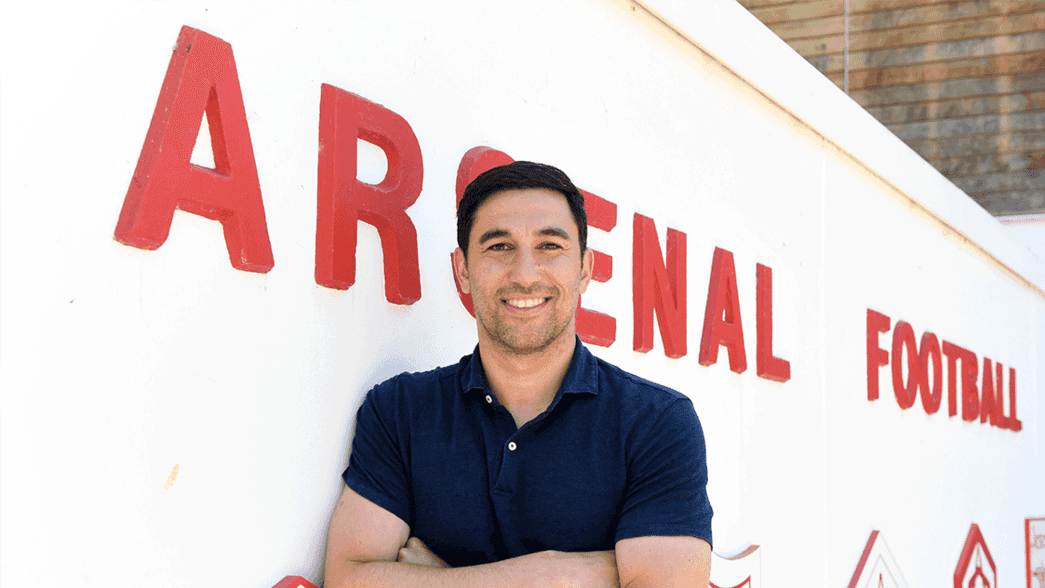 At the age of 20, Danny Karbassiyon made his first-team debut for Arsenal and scored a late goal in a 2-1 win over Manchester City.

Just four years later, he had retired from the game completely after a series of injuries and failures at other clubs. It’s not a sad story though, as the American came back later and made a big impact for the Gunners in a completely different form.

His transformation began when he returned as a North American scout under the late Steve Rowley, then started his own mobile game company. These two roles have given him invaluable expertise in both scouting and technology.

“That’s when I saw how the tools I had could make Arsenal much better, very easily,” he said. “My initial idea was to centralize everything and streamline the whole process. When Edu first arrived as technical director (in 2019), he had to make three or four different calls if he wanted information on a specific target or a new player.

“He was calling the StatDNA guys, the scouts, the analysts – it would take a while. My solution was to have all of this information ready by simply typing a player’s name into a database. I pitched my ideas to the club, and now I’m here, sitting between the tech and football sides of the business.

What he built was a platform of all scout reports, which was “focused on the players we want to bring into the club, and is led by Edu and the scouting team.”

He added: “It’s a bit more sophisticated in that the different stakeholders are given the information that is relevant and relevant to them, but essentially it brings everything together into one usable platform.

“The scouting platform has been online for two years and all of our scouts are using it now. They use it throughout the year and then hopefully during the window which is when we act on all those data.

The success inspired him to build a performance platform too.

“Once the screening platform went live, we also integrated that same technology alongside strength and conditioning,” Karbassiyon explained. “I’m working with (sports science manager) Tom Allen and his team to refine what they need, and we’ve just come out of our second pre-season using it.

“It deals with our current squad and the analysis of their performance. Again, it is easily accessible for the coaching staff, management, medical team or anyone else who needs to make decisions based on those data.

“Honestly, this platform deals with so much data and information. Every club now has access to all these numbers, through GPS tracking etc., but it’s about having a great team working on it, who can go through everything and make the right decisions, based on the data.

“Then it’s presented to the manager to have the final say, who hopefully is informed by the numbers. They (the platforms) are both unique to us at Arsenal, and I was able to combine my experience from my days as a scout, with my knowledge of technology and development.

I’m in the IT department, so I’m technically based at Highbury House, but I also work closely with the guys at Colney, and I’m usually there twice a week.

“I work across all departments which is great because there are contributions from the medical team, recruitment, sports science, education as well of course.”

Karbassiyon said the game was very different from when he and Edu were players and teammates 20 years ago.

“There’s a lot of data in sport now, but football will always have that charm of being so unpredictable,” he said. players up close.

“What analysis and numbers do is help you decide which players to go and watch and how to identify them in the first place, but I think a lot of what happens in football is hard to quantify. .

“You have to have that balance between the more traditional screening methods and all the data that we have as well. I am halfway between the two camps.