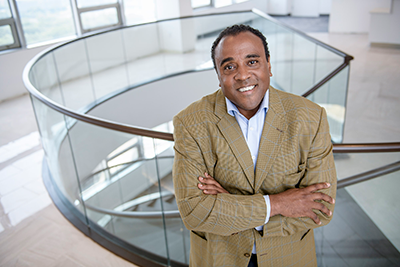 The University of Virginia has big plans for continued expansion in Northern Virginia, with more details to come at the beginning of this year on where U.Va. will develop new programs in the region.

The university’s expanded presence for degree and non-degree workforce training programs will initially operate from the university’s location in Rosslyn, where U.Va’s Darden DC Metro program. . of a skyscraper.

“There will be other facilities in other parts of the region that we can talk to in the future,” said university spokesperson Brian Coy.

In September, U.Va. executives announced UVA | NOVA, a new initiative that connects U.Va. programs in Northern Virginia and marks the start of an aggressive expansion.

U.Va. used to share space at Falls Church with Virginia Tech, although U.Va. is leaving this site, says Gregory Fairchild, Senior Dean and CEO of UVA | NOVA. The university is considering possible locations in Fairfax County.

Fairchild declined to go into details, but said he expects a wide range of programs offered in Northern Virginia in the future.

“[UVA|NOVA] will provide a range of degree and non-degree educational programs that help someone learn right next door their daily working life in Washington, ”says Fairchild. “Our initial plans are for STEM-focused programs, particularly with a strong focus on engineering, data science, and business.”

Not all programs are degree-oriented. U.Va. will also partner with major employers in the region to provide career transition training. “For example, someone might have a history degree but want to work for Northrop Grumman,” Fairchild explains. A likely player, due to pre-existing partnerships between institutions, is Inova Health System.

In 2016, Inova and U.Va. announced a $ 112 million partnership to establish an initiative for up to 72 third and fourth years U.Va. medical students to enroll on the Inova campus, giving them the opportunity to complete their last two years of medical training with faculty at a high-volume hospital, Inova’s flagship facility in Merrifield.

Last summer, Inova announced that it had finalized the purchase of the former Exxon Mobil Corp. campus, directly across from the hospital, finalizing a long-term plan that created the Inova Center for personalized health. Part of the collaboration between U.Va. and Inova includes ongoing research and teaching programs on campus.